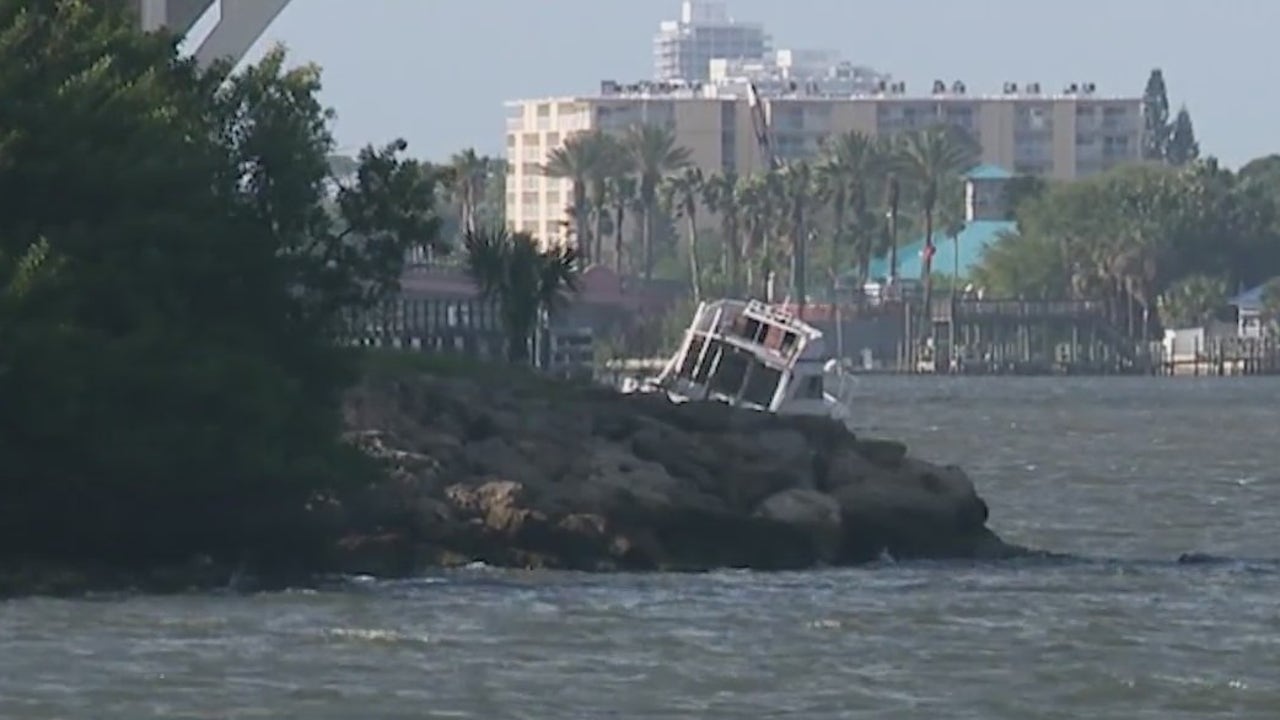 Who will clean up the abandoned boats at Daytona Beach?

FOX 35 Investigates: Who Will Clean Up Abandoned Boats At Daytona Beach?

FOX 35 News has reached out to state, county and city officials to find out what they are doing to remove unsafe boats from the water after a concerned resident contacted our station.

DAYTONA BEACH, Florida. – FOX 35 News has reached out to state, county and city officials to find out what they are doing to remove unsafe boats from the water after a concerned resident contacted our station.

“Everyone comes to our house and the first thing they ask is what’s going on with the sunken boat,” said Ashby Underhill, who lives in Daytona Beach.

On Tuesday we saw several derelict ships sinking sideways in the Halifax River.

Underhill says he’s been trying to figure out how to clean up those abandoned boats.

“We called FWC…nothing happened. Today it finally sank and caused a massive fuel slick that we could smell at our residence,” he said, referring to a sailboat which was flowing.

Several local agencies say they are actively working on this coastal problem.

Daytona Beach police said their marine unit had identified 12 abandoned boats in the Halifax River for removal. Nine of them will be eliminated in the coming weeks.

On March 1, Volusia County Commissioners approved a plan to retire 10 boats after securing funding from the FWC.

In New Smyrna Beach, police recently released several photos of a sunken sailboat as it was lifted from the water.

“I think they need to act faster – they have laws they can enforce against the owners of these boats,” Underhill explained.

Daytona Beach police say, “We are doing our best to remove these boats as quickly as possible, but it is a long and expensive process that comes with many requirements…”

FWC has a program where local governments can apply for grants to get rid of boats.

A City of Daytona Beach spokeswoman said they have removed about 30 boats since 2020. She says they must hire contractors who can use special equipment to remove them without spilling fuel in the water.

Get the latest forecasts, sign up for weather alerts, and view live interactive radar for Orlando and Central Florida.

New Start Capital Review: Gets an “F” for Debt Consolidation