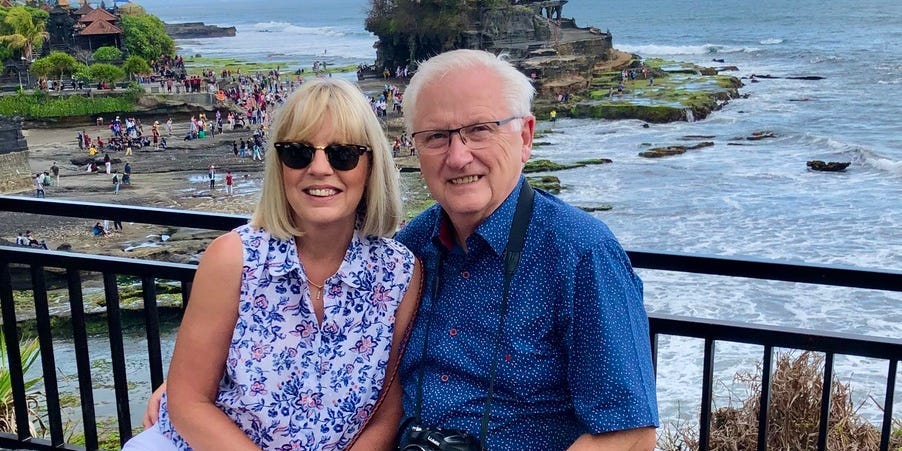 What an 8 day cruise looks like with Viking River Cruises

Ever since my husband Ed and I retired, cruising has become a favorite pastime. In February 2020 we completed our 25th cruise with Viking River Cruises after spending 13 days sailing the Norwegian Arctic Circle in search of the Northern Lights.

Like many others, we spent the next 15 months at home due to the pandemic. Then, a few weeks ago in early June, when travel restrictions were lifted and cruise liners resumed sailing, we booked an eight-day round trip from Portsmouth to Portsmouth aboard the Viking Venus, the the company’s newest ship which was launched in late May.

We went straight to Portsmouth, a journey that took six hours. I packed too much because I was so excited to get dressed for dinners, and we had no airline baggage restrictions to consider.

Viking gave us confidence from the start of the trip.

When we arrived at the terminal we were warmly welcomed and our suitcases were taken and sanitized before being delivered to our room on the boat. We had pre-checked in online for a set boarding time, so boarding was staggered and done in small groups. The whole process felt very safe and secure.

At the check-in counter, we were given a contact tracing medallion to keep with us at all times. This was not to track personal information, but simply to identify close contacts in case there was a suspected positive case on board.

Once on board, Ed and I were shown to our cabin where we had to watch a short safety briefing on television.

Before we could leave our cabin, we had to self-administer a COVID PCR test, which was on a tray next to masks, disinfectant wipes and hand sanitizer.

It was a non-invasive saliva test which when completed we put in separate Ziploc bags with our names on it. The ship did not set sail until everyone on board was tested and all results came back negative.

As part of the health and safety protocol on board, we had to repeat this PCR test every morning.

We had to provide our test to the cabin steward at least 30 minutes before eating or drinking anything or brushing our teeth. Our samples were taken to the onboard laboratory for analysis, with results within four hours.

These daily tests, along with the fact that all passengers had to be fully vaccinated at least 14 days before boarding, made me feel very safe. There were also non-contact thermometers around the ship for regular temperature checks.

We were told that the Venus uses a purification system in public areas that kills 99.99% of airborne viruses and bacteria, and each cabin has independent air filtering units.

Five days were spent sailing along the southern edge of England, from the Cornish coast to the Irish Sea.

The route was called Scenic British Isles. We had two stopovers, called shore days, in Liverpool and Falmouth.

The scenic route was a gentle way to resume cruising. At anchor off Falmouth, I could almost have sworn I was in Bermuda because of the blue skies, calm waters and dancing sailboats in the bay.

After each day ashore, our temperatures were checked again when we returned on board.

Masks were mandatory when traveling in common areas of the ship.

Sanitizer stations were set up everywhere to wash our hands, and we were allowed to remove our masks when we sit down and eat and drink.

The Venus can accommodate 930 passengers at full capacity, but this cruise was operating at around a third, with 340 people. We were traveling in a bubble with two other couples and although we spoke to other guests we did not socialize apart from our fellow travelers.

The only time we saw the crew without masks was during a performance in the ship’s theater.

The first four rows have been blocked off to allow the performers to sing freely. As well as the evening shows, we also played trivia and enjoyed live music in the late night lounge bar, Torshavn.

The Venus features an indoor plunge pool and an outdoor infinity pool.

The gym was open, although one out of two machines was off, and spa treatments were also available as usual. The only wellness center I noticed was closed was the snow grotto which is part of the thermal suite.

The ship offers a variety of dining options, with all meals included in the rate.

Some restaurants like the Chef’s Table and the Italian-themed Manfredi must be reserved in advance. Due to the small number of passengers on board, we were able to eat at these restaurants more often than on previous cruises.

Like other Viking ships, the Venus also has a buffet restaurant, the World Cafe. While it was still counter service, the crew prepared our selections so that different guests didn’t use the same serving utensils.

The general atmosphere of the trip was incredible, everyone was delighted to be back on the cruise. We booked another cruise for later this summer while we were on board because we felt so safe. We then leave for Malta and the Greek islands.

Mississippi River cruises will once again dock in Burlington. What there is to know: