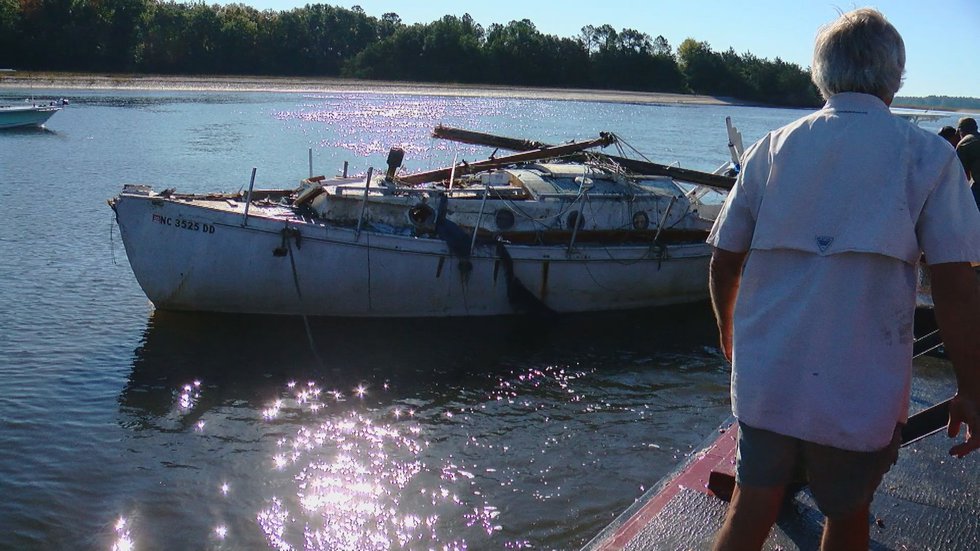 Volunteers work to remove abandoned boats from the Intracoastal Waterway

NORTH MYRTLE BEACH, SC (WMBF) – Along the shores of the Grand Strand waterways, boats and other watercraft debris are left in the water.

But they aren’t forgotten by a Charleston-based nonprofit. With the help of local businesses and the US Coast Guard, these long-abandoned boats are being removed from Horry County.

The non-profit organization said the problematic ships could not be sunk to be turned into artificial reefs.

“Most boats these days are fiberglass, or some form of wood-fiberglass composite,” said Whit Jones, the organization’s director of operations for South Carolina. “You’ve got fuel, you’ve got oils, you’ve got batteries and all these other toxins, so it’s just an environmental hazard.”

That’s why they must be removed, but the organization cannot do it alone.

On Wednesday, a barge commandeered by Black Water Dredging & Recovery traveled the Intracoastal Waterway from Little River to North Myrtle Beach. Atop its surface was a backhoe in an effort to pick up a sailboat left on the shore.

“I was born and raised here, and I give back to the environment, I clean up everything – we have the ability to do that, so we thought why not help out and be a part of it,” Brox Baxley said, owner and operator of the dredging company. “I have a little boy and I want him to be able to enjoy the waterway when he grows up too.”

The team towed a sailboat in the morning and crushed another in the afternoon, placing it on the barge to end up in a donated dumpster on its way to a landfill.

“We see [abandoned boats] everywhere – or, we did,” Baxley said.

Organizers Wounded Nature – Working Veterans estimated after Wednesday that more than 20 boats have been removed from County Horry and they are getting clearance to remove one more. On the East Coast, that number of successful moves reaches over 100.

“We’re actually just flabbergasted and so happy that we’re actually getting – every boat from this county that was on the list comes out,” Jones said.

Wounded Nature – Working Veterans estimates there are 120 boats across South Carolina that still need to be removed. The U.S. Coast Guard is keeping counts of boat locations and coordinating with the nonprofit for their approved removal.

Jones said it was an ongoing problem that needed more resources from the government.

“We believe the state needs appropriate funding to treat all coastal counties,” Jones said. “It will be an initial investment to clear the backlog, but after today and a few other outliers, Horry County will be clear, thanks to Black Water. But it shouldn’t be up to private companies to have to donate to do this.

Jones is a retired member of the United States military, serving more than 25 years. After flying Apache helicopters, he said being on boats in coastal waters was the closest thing to flying for him.

“No day is ever the same, so I like that aspect too. Because we never know what we’re going to do, and every boat is different – ​​they’ve all battled it out,” Jones said. So it’s fun trying to figure out the challenge of the boat and what it will take to get it out. But we always win.

Jones said they will continue to look to grow and expand their reach in other states.

Most people crossing the Channel in small boats are refugees, report says