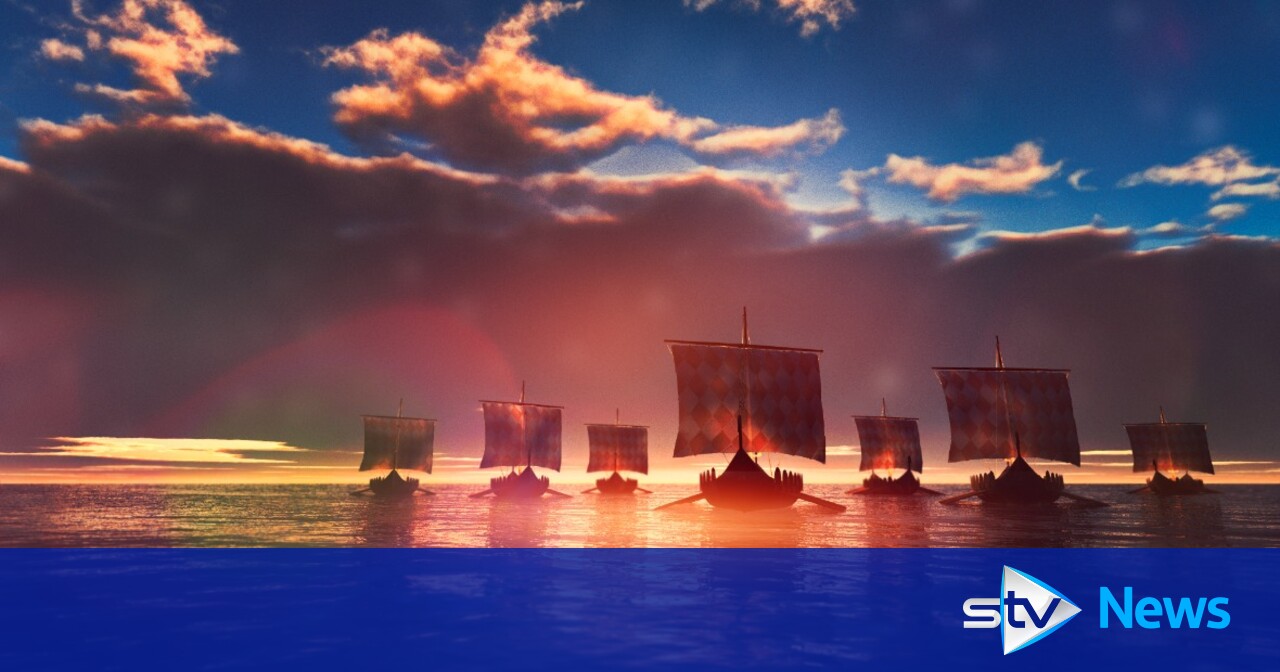 Viking travel routes will be studied to track the arrival points of Norse settlers and to examine the influence of place names that describe their decision-making.

The coastal entry points of the Vikings, as well as the land routes where they dragged their ships to shorten travel times and avoid unnecessary danger, will be examined in more detail than before.

Experts from the University of the Highlands and Islands and their university counterparts in Germany will use a mix of Viking place names, geophysical surveys and archaeological digs to map the routes of travel and communication used by Norse people in Scotland between 790 and 1350 AD.

The study will focus on sites mainly on the west coast, but a handful in Caithness and Sutherland will also be examined.

It is expected that hundreds of potential locations linked to Norse settlers will be identified, with some then to be thoroughly researched.

Professor Alexandra Sanmark, from the Institute of Norse Studies at the University of the Highlands and Islands, who will lead the research project, said: “My previous work has focused on Viking settlements in Scotland and the type of society they were creating here compared to Scandinavia. .

“There was always a gap – and that was the journey.”

Vikings first landed in Shetland and Orkney in the late 8th century, followed by later migration as the islands became overcrowded.

The arrivals, at first looting and looting, became more peaceful over time as their culture and language began to leave their mark on their new homeland.

Viking place names are of major interest to the research team and have the ability to unlock a ‘mind map’ of routes to Scotland and the landing places then used, Prof Sanmark said.

The Orkney Island of Hoy – the last land separating Orkney from the Atlantic – takes its name from the Old Norse word ‘háey’, with Hoy translating to ‘high isle’.

Prof Sanmark said: ‘Place names tend to be quite descriptive. There’s so much evidence of place names and that’s so important too.

“We can break them down into Old Norse and they can tell us so much.

“We know there were also trip descriptions. A story of how to sail from Bergen to Greenland describes how to go west, then north to Shetland which can be seen on a clear day and south to Iceland where there were birds and whales.

“It’s like a mind map and I think it would have been the same for anyone going to Scotland, this idea that travel is done by linking these key elements together.”

As scholars piece together Viking movements, place names derived from the Old Norse for port (hafn) will be of particular interest.

Those with the element knörr (a type of ship), such as Knarston in Orkney, could reflect a mooring place for ships.

The relationship between sea and land will also be examined, with the Vikings’ use of portages – narrow strips of land between waterways – also of particular interest.

Language will again be a key guide to such places, with Eday in Orkney translating Old Norse for Portage Island, for example.

It was in places like Eday that Viking ships, with their low keels, could sail straight onto a beach and a large crew could drag their ship ashore to shorten the time and distance of the journey.

Prof Sanmark said: ‘No one has really looked at them before. Viking ships were really very light and they could be pulled very easily across the land.

“The Vikings created shortcuts. We know that when the Vikings were in Russia and went down the rivers, hitting many rapids, they got out of the boat and walked.

“These boats were so light that they could be pulled for about a kilometer without much effort.”

Small ships were sometimes put on wooden poles and carried by the crew with larger ships sometimes moved on rollers.

Research into Viking voyages is set to begin “in earnest” in February, with one of the first sites of interest being Loch na h-Airde on Skye’s Rubha an Dunain peninsula.

In 2009, archaeologists discovered early 12th century boat timbers, a stone quay in the loch and a system to maintain a constant water level to allow boats, probably birlinns, to enter the sea ​​at high tide.

The site, which has since been programmed, is believed to have served as an important west coast anchorage with other Norse and medieval ship remains potentially lying in the loch.

German academics, Dr Sven Kalmring from the Center for Baltic and Scandinavian Archeology in Schleswig and Dr Dennis Wilken from the University of Kiel, will join the research team, along with Dr Andrew Jennings, head of the program on studies MLitt Viking at UHI, who is particularly interested in Viking place names.