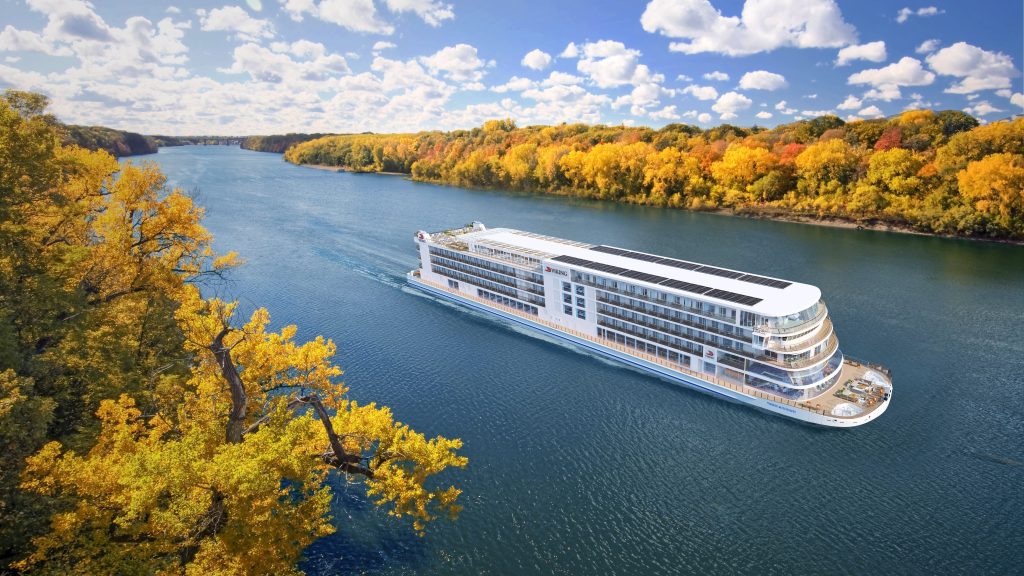 Viking River cruises from St. Louis and New Orleans to St. Paul are sold out for 2022 – Twin Cities

Imagine, if you will, a cruise ship on the Mississippi River docked in downtown St. Paul’s Lambert’s Landing.

The date is July 23, 2022 and nearly 400 passengers disembarking from the maiden voyage of “America’s Heartland: St. Louis-to-St. Paul” Viking River Cruise are ready for their first tastes of a Jucy Lucy, cheese curds , a hot dish, a pho soup and a walleye.

Three more cruise ships arrive from Missouri in August and September. And then, on September 17, 2022, hundreds of travelers heading to New Orleans for a 15-day cruise line up at the city’s pier located along Shepard Road, below the St. Paul Union Transit Center Depot in Lower Town.

Given past delays and the extent to which the pandemic has upended plans, particularly in the cruise industry, skeptics may have second thoughts about the timing. Nonetheless, the first eight- and 15-day Viking River cruises to and from St. Paul have already sold out, despite prices starting at $4,400 and $11,000 respectively.

“We have successfully authorized several previous excursions to Lambert’s Landing, so we are confident that the wharf is ready for the expected passenger volume,” Clare Cloyd, spokesperson for St. Paul Parks and Recreation, said in an email Thursday. . “Any future upgrades to the wharf would be the responsibility of Viking.”

The international cruise line opened bookings in April, around the start of the pandemic, and announced construction was underway in Louisiana for the 386-passenger Viking Mississippi, the company’s first custom-built ship.

The pandemic has not helped.

In August, Viking – which suspended operations in March – announced it had canceled all cruises through at least 2021, while teasing a $50,000, 136-day, 56-port world cruise to 27 different countries. departing Fort Lauderdale in December 2021. , or whenever the post-pandemic world returns to something closer to normal.

Planning and ticket sales along the company’s new Mississippi River route still seems to be full steam ahead. After five years of waiting for Viking to be ready for the river, the St. Paul Parks and Recreation Commission approved a mooring license agreement with Viking, USA LLC on October 8.

The contract allows Viking River Cruises to use Lambert’s Landing on specific dates in 2022 and 2023.

Under the agreement, those dates – which begin July 23, 2022 – must be selected at least a year in advance. All dates for St. Paul cruises in 2022 went quickly, prompting the cruise line to relaunch 2023 bookings last July, ahead of schedule. About half of the 2023 dates are also booked, according to the Viking River Cruises website.

Access to the wharf alone will not be very profitable for St. Paul’s vaults. Under the terms of the agreement, Viking will cover all insurance costs for dock use and pay the city $1 per passenger.

The real benefit to the city will likely be tourism and the free promotion of downtown St. Paul as a luxury destination. The agreement indicates that the city and Viking will continue negotiations on a longer-term docking agreement.

One destination missing from the list is the town of Stillwater, which publicly advocated being added to the list of destinations when news of a potential corridor from New Orleans to Minnesota first broke in 2015.