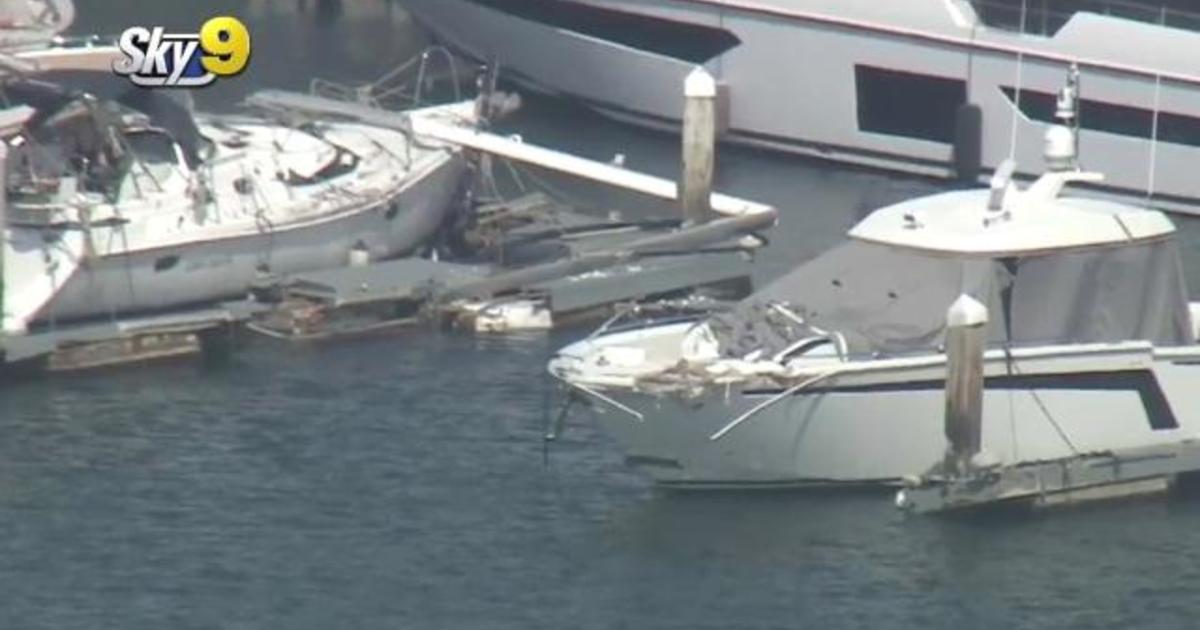 Video shows stolen 60ft yacht crashing into boats during wild chase in California harbour: ‘It all crashed on me’

A man who stole a 60ft yacht was arrested Thursday after a 10-minute chase that ended with two other boats and a seawall in Newport Beach harbor, police said. The wild scene was fully captured on video, CBS Los Angeles reports.

A report of a person vandalizing a yacht led police to the Pacific Coast Highway shortly after 10 a.m., but when officers arrived they said the suspect jumped into the boat and took off, took off. authorities said.

Dylan Eckardt filmed the boat colliding with a moored sailboat, knocking down its mast.

Debora Dolly was on board the sailboat when it was struck.

“The whole starboard side crashed into me and it didn’t stop. It came one, two, three times,” she told CBS Los Angeles. “So the whole boat, the poles, the steel, the enclosure, it all came crashing down on me.”

Dolly said she hit her head, but otherwise it was fine.

After striking the sailboat, the boat backed away, circled, and, pursued by the Orange County Sheriff’s Department Harbor Patrol, continued through the harbor until it struck another stationary vessel, then hit a wall next to a bridge.

“The sounds of him hitting that wall got everyone out of their homes,” witness Kai McCartney told CBS Los Angeles.

Joel Siam, 38, of San Diego, was arrested on suspicion of grand theft of a boat and possession of a stolen boat, and was jailed on $3 million bail, authorities said.

It was not immediately clear if he had an attorney to speak on his behalf.

The yacht was in a dock for maintenance and the keys were inside when it was taken, sheriff’s deputies said.

The owner of the stolen boat told the station it was purchased new in August and was to be used for charter business. The owner also said half a bottle of tequila from inside the yacht is now missing.

CBS Los Angeles reported that one of the boats damaged in the incident was a 1960 Tolleycraft. The owner had just had it delivered Saturday — he hadn’t even had a chance to take it out yet.