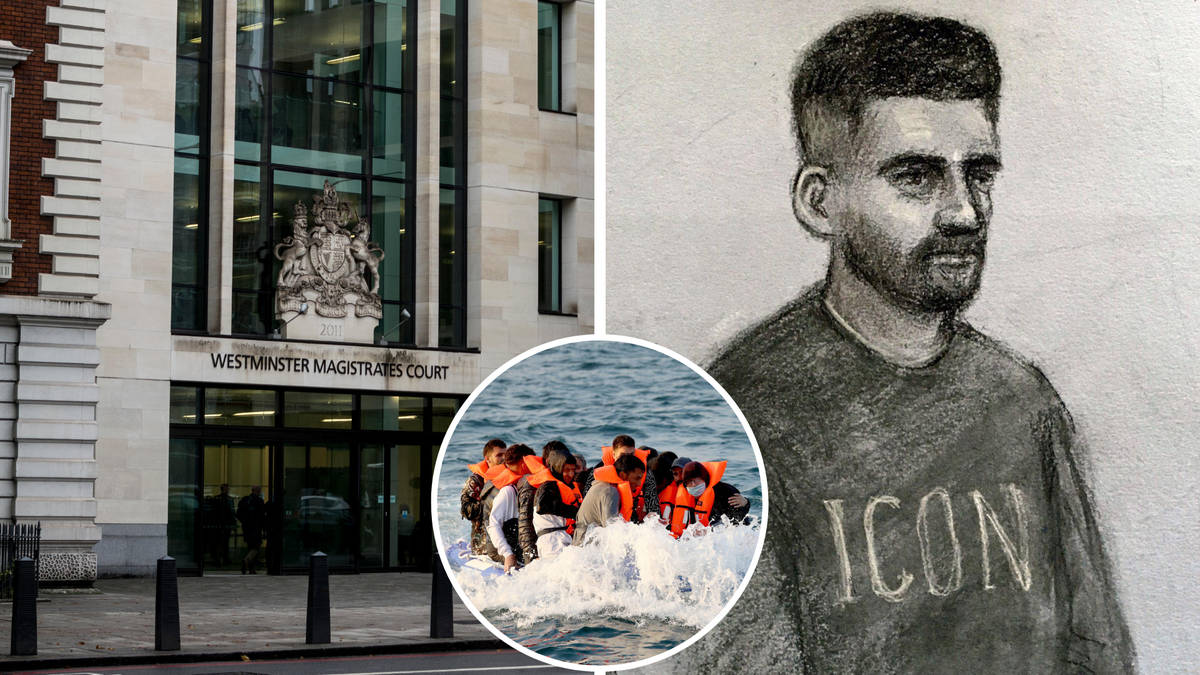 Two suspected smugglers will be extradited from the UK to face prosecution in France and Belgium.

British national of Iranian origin Kaiwan Poore was arrested at Manchester Airport on Wednesday before he could fly to Turkey, the National Crime Agency (NCA) said.

The 37-year-old is accused by French prosecutors of being part of an organized crime gang smuggling migrants across the English Channel in small boats.

He appeared in Westminster Magistrates’ Court on Friday and was remanded in custody after consenting to be extradited to France.

District Judge Nina Tempia denied bail, saying there are “substantial grounds” he would not surrender for extradition to France, the court heard.

She said: “I’m sure being implicated in this allegation, you have the wherewithal and wherewithal to get fake documents, so you can very easily leave the country.

“Therefore, I take you into custody and have ordered that you be extradited within 10 days of today’s date.”

Poore, dressed in a white t-shirt and gray tracksuit bottoms, was expressionless as he was led away by a guard.

Poore is believed to have arrived in the UK from Germany last week, a day before raids took place across Europe leading to around 40 arrests.

He claimed to have stayed in a hotel while visiting a friend in Frankfurt, the court heard through a Kurdish interpreter.

Operation Punjum, led by the NCA in the UK, was carried out alongside Operation Thoren in Europe to target a network suspected of smuggling up to 10,000 migrants across the English Channel over the past 12 to last 18 months.

Nearly a thousand officers took part in the investigation, which seized around 1,200 life jackets, nearly 150 boats and 50 engines, several thousand euros in cash, firearms and drugs.

Two men, aged 22 and 26, who were being held in London on suspicion of conspiracy to facilitate illegal immigration, have been released on bail pending further investigation.

Read more: 89-year-old man guilty of murder after his wife’s body was found in a septic tank years after she disappeared

The major investigation began with the arrest of a suspected ‘ringleader’ of human trafficking in the capital in May.

Iranian Hewa Rahimpur, who lived in Ilford, east London, is accused of being a leading figure in a network organizing the trafficking of human beings via small boats.

The 29-year-old also appeared in Westminster Magistrates’ Court on Friday, where he consented to his extradition to Belgium, where he is wanted by authorities.

NCA Deputy Director Jacque Beer said: “Our work to reduce the activities of these gangs continues and together with our European partners we are determined to do everything we can to disrupt them and bring them to justice.”