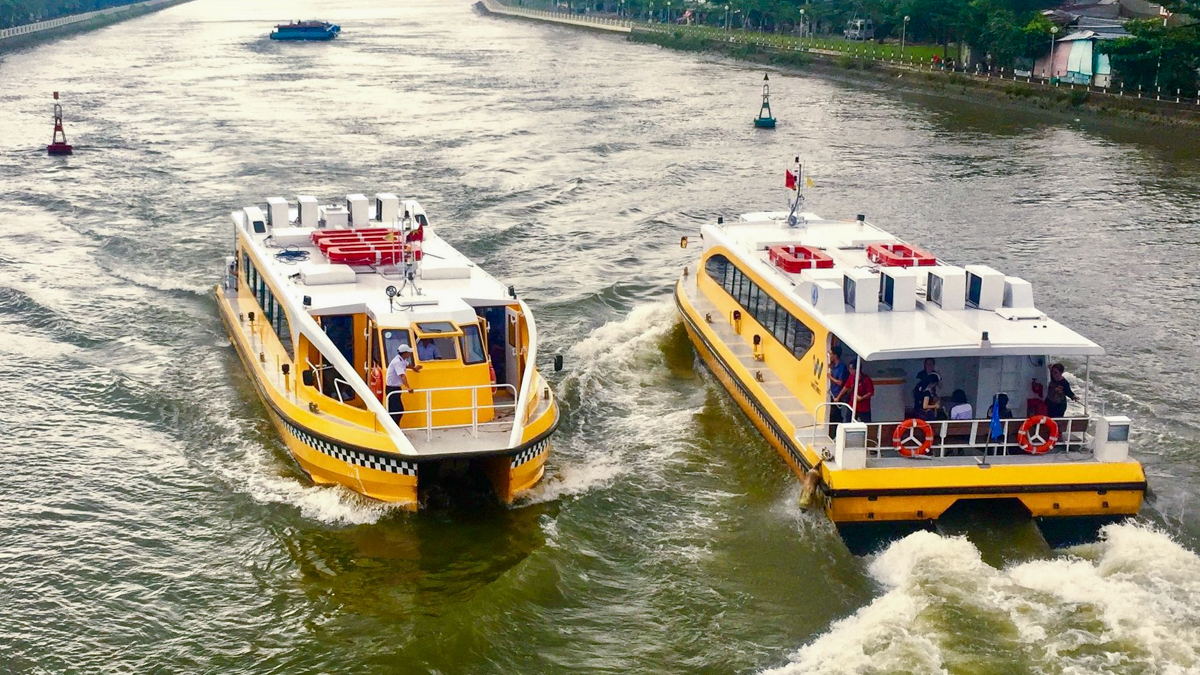 District 7 of Ho Chi Minh City has proposed to city authorities to create two new river bus lines to connect it to District 1 in the city center.

A private company will invest and operate the two roads on the Saigon River for five years, for a total price of nearly VND 260 billion ($ 11.5 million), authorities in District 7 have proposed.

Route 3 will run 13 kilometers from Bach Dang Wharf to Mui Den Do with a total time of 56 minutes. There will be 11 stations. A boat will have 50 places.

Route 4 will stretch for 13 kilometers from Bach Dang Pier to Phu My Hung Urban Area. A boat will have 40 places.

Authorities in District 7 have said the two routes will help take advantage of waterways as the city struggles to recover its economy after the fourth wave of Covid-19, the proposal says.

HCMC operates the No. 1 road from District 1 to Thu Duc town. Road # 2 from downtown to District 8 is in operation.

River buses are part of the city’s efforts to reduce congestion.

With 110 rivers and canals spanning 1,000 kilometers, the city needs more than VND 21 trillion to develop this network over the next 30 years, according to its transport ministry.

What happened to my Scenic River Cruises refund?