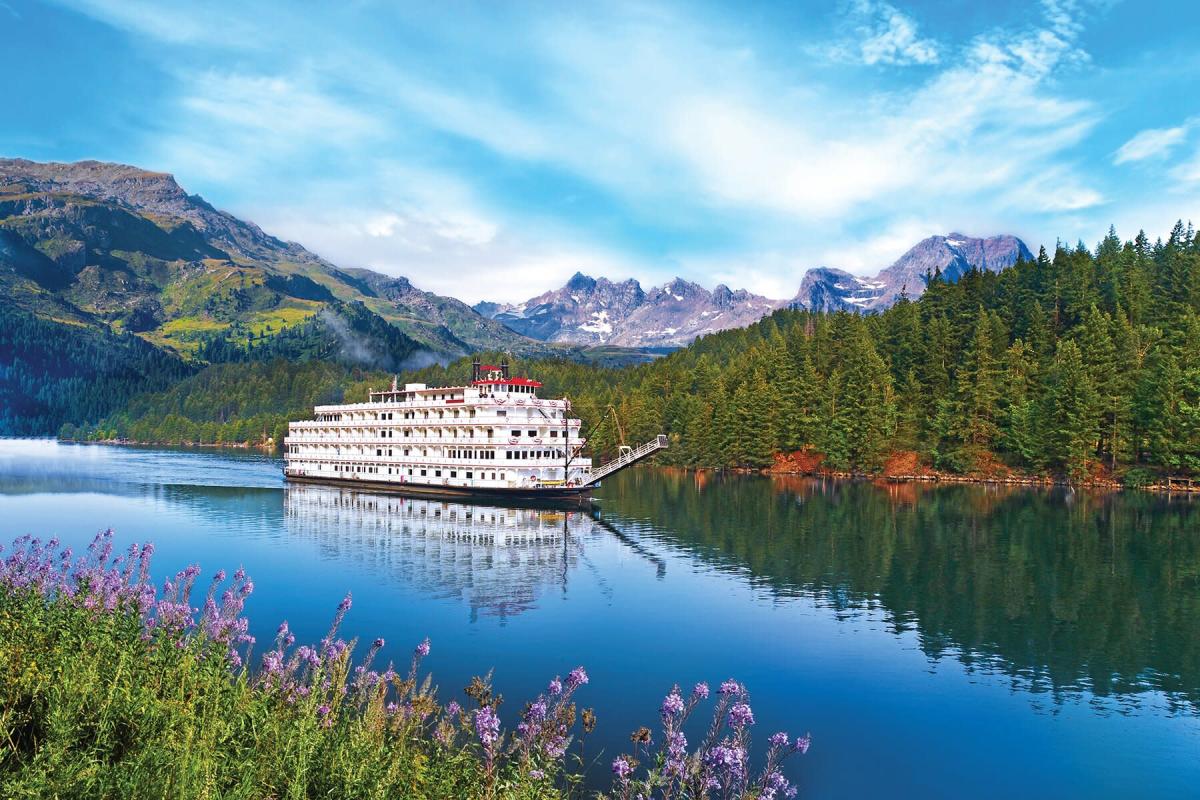 There’s no need to fly to Europe for a river cruise, with new ships and itineraries offering even more river, lake and coastal sailing options right here in the United States. United States cruises travel through the Southeast, Pacific Northwest, Great Lakes and New England. , Alaska and more, exploring the natural, cultural and historical attractions along the waterways and coasts.

But it’s about destinations on and off the ship, including shore excursions that cater to a variety of interests and activity levels. Passengers can zipline through Oregon’s lush forests, sip wine on a vineyard deck while taking in views of the Columbia River and Mount Hood after a guided walk from Maryhill Winery in Washington, pass an afternoon sorting shrimp, blue crab, etc., or listening to Civil War History in Vicksburg. As for the Great Lakes, you can kayak in the Strait of Mackinac in Michigan or in the sea caves of the Bayfield Peninsula while you are in the Apostle Islands of Wisconsin. Or opt for a naturalist-guided hike on Wisconsin’s Ice Age National Scenic Trail to discover glacial landforms and local wildlife along the way.

On these trips, you’ll sail with around 100 to 400 other guests on modern riverboats and small cruisers, or even classic paddle steamers reminiscent of another era. Like their European counterparts, river cruises in the United States typically bundle everything into one price, including staterooms, meals, guest lectures and enrichment programs, entertainment, and most shore excursions. Some even include pre-cruise hotel stays.

It’s hard to choose from American Cruise Lines’ 35 domestic itineraries that sail through 33 states. The most popular river cruises are on the Mississippi, Columbia, and Snake and Hudson rivers. Coastal cruises include Puget Sound, Chesapeake Bay, Alaska, New England and the Southeast. The line includes 15 modern riverboats, paddle steamers (renovated for 2022) and small cruise ships that can accommodate 100 to 190 passengers. New for 2022 are modern riverboats American Symphony and American Serenade navigate the Mississippi River.

New three- and seven-night post-cruise national park packages let you extend select trips with visits to Glacier, Yellowstone and Grand Teton. Look for the first two of 12 new-class small ships to sail in 2023 on US East Coast routes. In 2023, American will also add its 11th Mississippi River itinerary, the new eight-day Tennessee Rivers Cruise between Nashville and Chattanooga, Tennessee.

Voyages of the American Queen

American Queen Voyages celebrates its 10th anniversary this year. She recently renamed her company and split it into three divisions: Rivers, Lakes & Ocean and Expedition. Its fleet of seven vessels, including paddle steamers, expedition vessels and small coastal vessels, can accommodate between 166 and 417 passengers. The line added Expedition just this year, with two newly built 186-guest ships. ocean victory will debut in less traveled parts of Alaska’s Inside Passage in May, and the ocean discoverer will sail the region in 2023.

With increased demand in Lower Mississippi this summer, new June 2022 trips between Memphis and New Orleans have recently been added. They will feature culinary ambassador Regina Charboneau. The 11-day American Culinary Experience sailing from Detroit to Montreal is a new October 2022 Great Lakes itinerary.

American Queen Voyages river cruises sail along the Mississippi, Ohio, and Tennessee rivers, as well as the Pacific Northwest. Meanwhile, Lakes & Oceans encompasses trips to Canada, the Great Lakes, New England and the East Coast, as well as Mexico and the Yucatán Peninsula.

Viking, known for navigating rivers, oceans and lakes around the world, is bringing its first expedition and first river voyages to the United States this year. The line launched Viking Expeditions in 2022 and will offer Great Lakes itineraries from April. The first of two 378-guest expedition ships, octanti viking, offers four itineraries with stops at US and Canadian ports. The second new expedition ship, polaris viking, will begin sailing the Great Lakes in 2023. A 15-day Great Lakes Collection itinerary will be added in June 2023, visiting all five Great Lakes. Among their many amenities, the purpose-built expedition vessels have an abundance of indoor and outdoor viewing areas to admire the beauty of the surroundings. Viking will sail the Mississippi River for the first time, with five routes starting in June 2022 on the new 386 passenger viking mississippi.