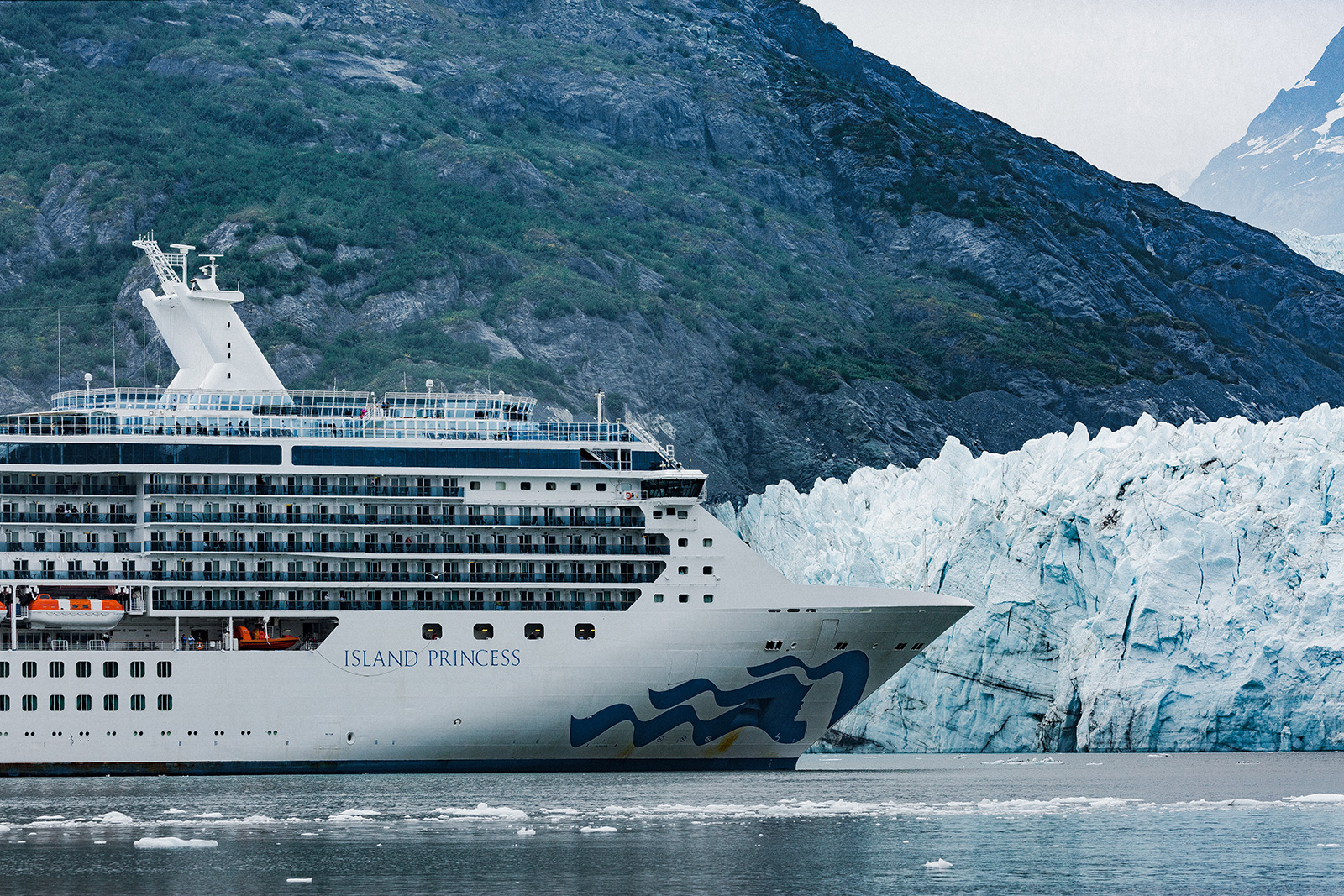 (CNN) – Navigating a colossal ship is no easy feat in all conditions, but some routes, like the narrow Suez Canal, prone to sandstorms – infamously blocked by a container ship year-round latter – or the windy, glacier-lined waterways of Alaska, are particularly challenging.

Andy Winbow, a master sailor who has captained ships around the world, told CNN Travel that the trickiest routes are often characterized by “adverse weather conditions, a lack of leeway due to natural hazards and a lack of aids to navigation”.

These factors will impact any ship, but multi-deck cruise ships may be more affected due to their volume.

“The higher the ship, the greater the drift”, so says David Pembridge. Pembridge is a retired cruise ship captain who worked for decades on ships operated by P&O Cruises and Princess Cruises.

When tall ships are buffeted by the wind, they are susceptible to slipping – a term used to describe a ship that is blown sideways. To counteract this effect, the ship must be steered at a certain angle.

This maneuver is very tricky when crossing a waterway like the Suez Canal or the Panama Canal. In these narrow channels, vessels must also avoid hitting the channel walls.

“If they pass at high speed, it causes the banks to erode and carries some of the sand to the sides and towards the center of the channel, which is not good because it makes it shallower, so it causes subsidence” , explains Pembridge.

While the Suez Canal and the Panama Canal have unifying characteristics, there are also key differences between the Egyptian Waterway and the South American Canal.

Where the Panama Canal is largely lined with forest and vegetation, the Suez is flanked by flat desert, meaning there is a risk of poor visibility from sandstorms.

And while the 120-mile Suez is largely straight, the roughly 50-mile Panama Canal “meanders in and out of the islands,” as Pembridge puts it, that topography adding another dimension to the challenge.

“It’s a different kind of difficulty, but it still requires quite intense concentration,” says Pembridge.

Ships passing through the Panama Canal must also pass through three different sets of locks. In recent years the locks have been widened to better accommodate larger ships, but when Pembridge regularly sailed the route his ship was only separated from the sides of the lock by a few feet.

“It’s normally a long day for the crew on board, because you start and you don’t stop until you’ve crossed the other end,” says Pembridge of going through the two channels.

The role of the pilot

All ships operating in the Suez and Panama are assisted by local sailors.

These sailors, known as marine pilots, board the ship at the start of the channel and work with the crew on board to ensure safe passage.

Both the Suez Canal and the Panama Canal are “compulsory pilotage areas” – meaning pilots are not optional, they are required by law.

“That’s one of the helps, and one of the hindrances, sometimes, depending on the skill level and the personalities involved,” he says.

“The pilot must legally direct the cause and the speed of the ship. But at the same time, the captain of the ship still has the responsibility for the safe navigation of the ship and this cannot be abrogated to the pilot.”

In some regions, the pilot’s role is less crucial and not necessarily a legal requirement. But in more difficult ports and waterways – like Suez and Panama, or the waterways around Alaska – their role is essential.

Captain John Herring was a captain of a research vessel before becoming a naval pilot in Southeast Alaska.

Herring tells CNN Travel that there are two main reasons pilots need to be on ships in certain areas.

“Alaska’s coastal waters are blessed with an abundance of marine mammals,” says Herring. “Whale watching is a favorite pastime for passengers, but it requires constant vigilance on deck to avoid close encounters.”

Likewise, sightings of icebergs and glaciers can be the highlight of an Alaskan cruise, but these icy formations can cause difficulties for ships.

“This ice is hard and can damage the hull or the propellers,” says Herring, adding that strong winds and currents make navigating icy waters even more difficult.

In recent years, technology has evolved, making it somewhat easier to navigate unpredictable routes for ships.

But Herring suggests pilots are still an integral part of the age of satellite technology.

“The local pilot can still bring the ship to port safely without GPS,” he says.

Ships sailing around Alaska also have to deal with varying water depths. In shallow channels, ships must move slowly to avoid creating an area of ​​low pressure under the ship that could ground the ship on the seabed.

“Vessels can squat if they sail too fast and therefore don’t have enough space under the keel,” says master seaman Andy Winbow.

Cruising itineraries around the Norwegian Fjords and the Chilean Fjords and Canals also involve occasionally navigating in shallow water.

Other cruise ship routes present problems because their topography is constantly changing.

Pembridge gives the example of the Amazon River, sections of which are sometimes crossed on South American cruises.

“The bottom of the Amazon is continuously moving and so on a nautical chart it will show an island, and when you get there the island will not be there, it will have moved somewhere else,” he explains. “It depends a lot on the pilots then – the local pilots are people who know the river and know how it moves.”

Pembridge points to the Dutch ports of Amsterdam and Rotterdam and the German port of Hamburg, as well as Ho Chi Minh City in Vietnam.

To dock in one of these cities, cruise ships must first navigate through a narrow channel, and how easily this is largely dependent on weather conditions.

A solid travel plan is essential for smooth sailing. Pembridge explains that cruise ship passage plans are usually designed by a junior officer and then approved by the captain. Plans will always consider all known potential challenges, such as wind, waterway width, tides and surrounding terrain.

“If you’re on the high seas, it’s a relatively simple briefing – this is the course we intend to take, this is the speed we intend to go. Once you get close of the earth, and it gets more complicated, then you start highlighting the hazards, the currents, and the likely weather effects of everything,” says Pembridge.

“And then when you get into really confined waters – that’s what the [Suez and Panama] the channels are — so it’s a much more intense briefing.”

The threat of piracy is another factor taken into consideration, although Pembridge suggests this is less of an issue than it once was.

He remembers leading ships speeding through the Gulf of Arden, turning off lights at night and conducting passenger drills.

The weather is also taken into account when planning the trip, but not all the preparation in the world can fully account for the unexpected.

Pembridge remembers a time when he was captain of a ship sailing from the Falkland Islands to South America. The wind must have been strong, but when night fell the strong gusts were much stronger than expected.

Throughout the night, Pembridge and his team slowly leaned into the waves in an attempt to counter the impact of the wind. When day broke, they saw the extent of what they were dealing with.

“It was really, really big waves. And the bow of the ship was going down there and up, it was perfectly safe, but very uncomfortable.”

By the time the weather had cleared, the ship had veered off course about 30 miles. The ports had to be refitted and the voyage rescheduled.

But Pembridge points out that while ships may encounter unexpected challenges, ships and those in charge are generally prepared for the obstacles.