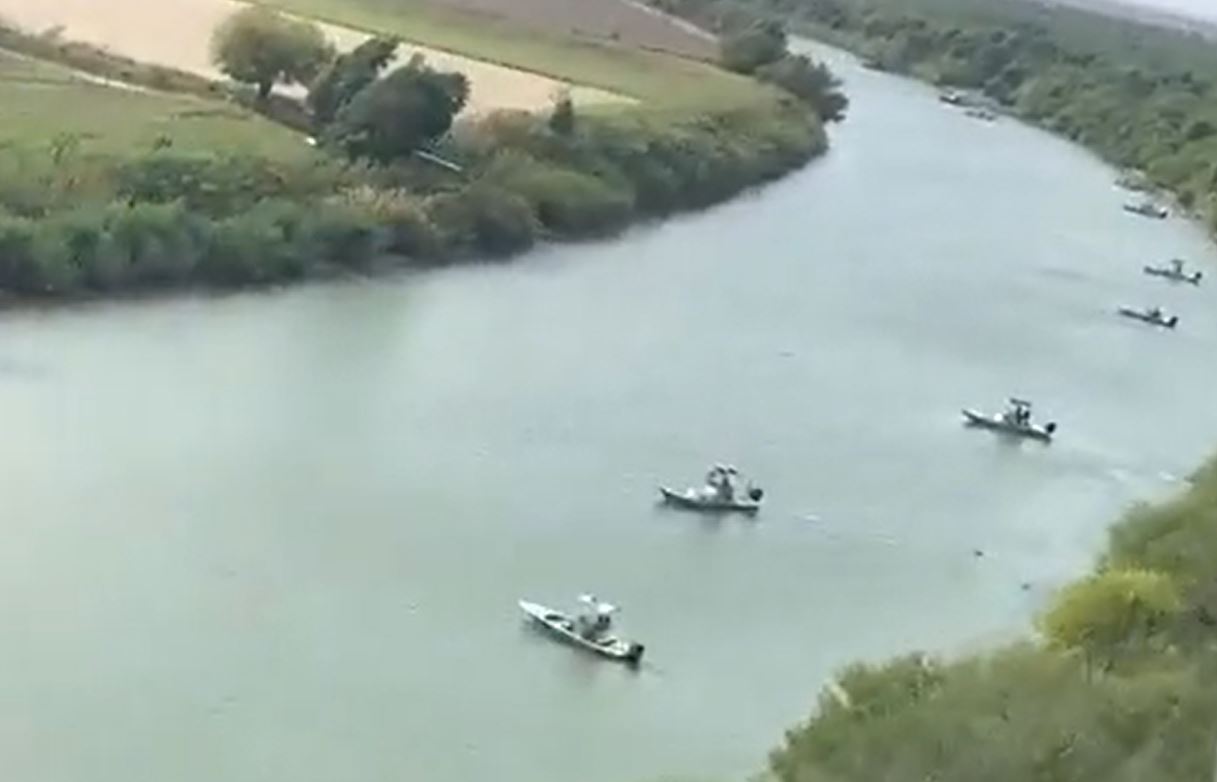 McALLEN, TX (Border report) – Under the command of Texas Governor Greg Abbott, the Department of Public Safety formed a boat blockade on the Rio Grande to prevent undocumented migrants from entering South Texas.

DPS officials released aerial video on Sunday showing at least 17 boats spaced out on the US side of the river near the town of La Joya.

A DPS tweet called “enhanced operations” necessary “to stop the flow of migrants illegally entering Texas.” And he said the “heavy presence on the river” was part of Operation Lone Star, a state-funded initiative led by Abbott to guard the Texas-Mexico border.

Agencies participating in the blockade include the Texas Game Warden and the Texas National Guard, as well as the DPS Marine Tactical Unit.

The area where the boats were stationed is the one that since the spring has been heavily used by smugglers, or coyotesto bring migrant families and young unaccompanied migrants to South Texas.

On Monday, some Republican lawmakers applauded the increased military presence on the waters of this town west of Hidalgo County.

US Representative Michael McCaul tweeted that “Texans are mobilizing!”

Meanwhile, environmentalists have denounced the intensive use of force.

Scott Nicol, who ran the Sierra Club’s Borderlands campaign, tweeted that it was “an absolute waste of resources”.

Last month, Abbott asked the Texas Army and National Guard and the DPS to line up dozens of shipping containers on the banks of Eagle Pass to prevent anyone from crossing the Rio Grande there.

Abbott tweeted Monday night his appreciation to the DPS for its “around-the-clock” efforts to secure the border.

Sandra Sanchez can be reached at [email protected]