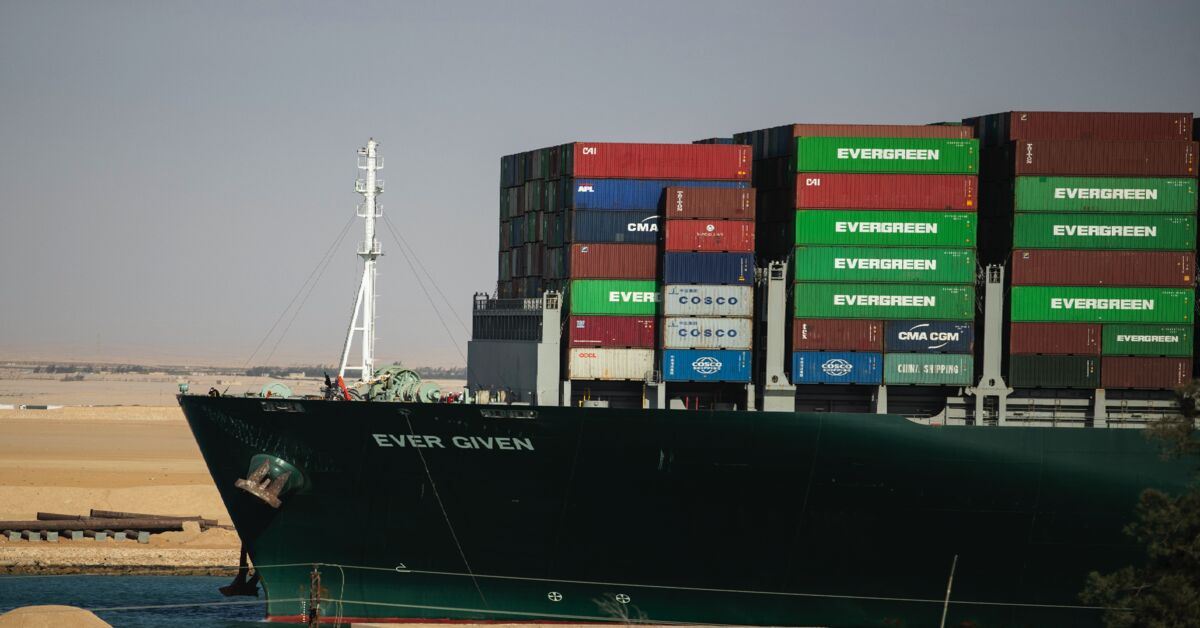 CAIRO – The March 24 accident of the giant Panamanian container ship Ever Given unleashed reports on the future of Egypt’s Suez Canal amid talks over alternative commercial transport projects.

The Suez Canal Authority (SCA) has succeeded in free the ship on March 29 after being stranded in the canal for almost a week, and maritime traffic subsequently resumed.

Along with SCA and the Japanese company that owns the vessel, navigation experts launched on March 30 investigations into the circumstances and causes of the grounding of the ship.

SCA Chairman Osama Rabie told Al-Monitor: â€œThe accident is still being fully investigated to determine its causes. Rabie explained that “the course of the canal is now completely safe, and all vessels that have been delayed are now passing through the canal.”

As hundreds of ships and tankers were stranded, Russia sought to promote its northern sea route. According to a report published by the Russian Moscow Times on March 26, the Kremlin hope to turn blocking the Suez Canal in Egypt is a long-term gain.

Russian state-owned company Rosatomflot listed in a series of tweets March 26 (which were later deleted) on the reasons which oblige to consider the maritime route of the north of Russia as an alternative to the route of the Suez Canal. He said Russia is using the most powerful nuclear icebreakers to improve the accessibility of maritime traffic in the North Sea at a time when the rapidly melting Arctic is making it easier for ships to pass.

Meanwhile, Iranian Ambassador to Russia Kazem Jalali called through his Facebook account March 27 for the activation of an alternative international corridor to the Suez Canal, namely the international north-south transport corridor, which he described as a â€œlow-riskâ€ route.

During his visit to the Suez Canal on March 30, Egyptian President Abdel Fattah al-Sisi commented on calls to provide alternatives to the Egyptian Suez Canal saying that “this accident has shown that the Suez Canal is the most important maritime passage capable of competing as a global installation through which passes 12 to 13% of the volume of international trade”.

Rabie agreed, saying “the recent accident has given higher status and greater importance to the Suez Canal as the world’s most important trade corridor.”

He also stressed that there had been calls to “use the Cape of Good Hope corridor despite the additional 15 days needed for transit and the greater use of fuel compared to the Suez Canal route”.

Rabie explained that “the Suez Canal has nothing to do with” the recent accident, adding: “The event will not affect the future of the Suez Canal but rather will support its global presence.”

In statements to Al-Monitor, experts and specialists in the field of maritime transport said that the recent crisis has drawn attention to the importance of the continuous modernization of SCA’s equipment and waterway, because it has shown the world how important this route is and that alternative corridors can in no way replace the Egyptian canal.

Wael Kaddour, the former vice chairman of the SCA, told Al-Monitor by telephone: â€œThe recent crisis, while very serious, has greatly benefited the Suez Canal and has drawn the attention of officials to a number of of problems. The main one is the need to upgrade equipment and purchase new tugs. The largest tug in SCA’s fleet has a tensile strength of 160 tonnes, which is not enough to cope with major incidents such as the EVER GIVEN vessel incident.

â€œIt’s such a sensitive process for modern container ships to cross the canal, and therefore we have to take every precaution in the event of a strong wind and probably temporarily stop the transit of these ships in order to preserve them as well as the navigation course itself, â€added Kaddour.

He explains: â€œThe recent incident has revealed the importance of this economic artery (the Suez Canal), and it is by no means possible to replace it with another waterway of the same importance. We must accelerate the completion of the Suez Canal Corridor Development Project in order to benefit from the establishment of logistics and service areas for ships.

Mohi al-Sayeh, Dean of the College of Maritime Transport of the Arab academy for science, technology and maritime transport, told Al-Monitor: â€œThe statements which proposed alternatives to the Suez Canal are opinions of a political nature rather than economic and commercial, because the Suez Canal is a key artery of world trade connecting East with West as well as centers of production and distribution.

Sayeh added: â€œThe presence of a shipping lane comparable to the Suez Canal in the near future is quite elusive, as the Egyptian Canal is not an average shipping lane but one that has all the safety factors for them. ships in terms of maritime navigation. the corridor width reaches 500 meters in some places. It is a corridor whose depth reaches up to 24 meters. It is also largely straight, and navigation through it is largely safe and easy. “

He pointed out that â€œthe Russian North Sea project faces difficulties in competing with the Suez Canal, especially the fact that it is covered in snow most of the year, and navigating the snow has its dangers because it requires ships of special nature and abilities. This project is by no means a serious competitor of the Suez Canal, and if it were to compete with the canal, then this competition would be seasonal and weak.

He stressed “the need to take advantage of the recent incident to modernize SCA’s rescue fleets and increase the number of tugs used to tow stranded vessels in anticipation of possible contingencies.”