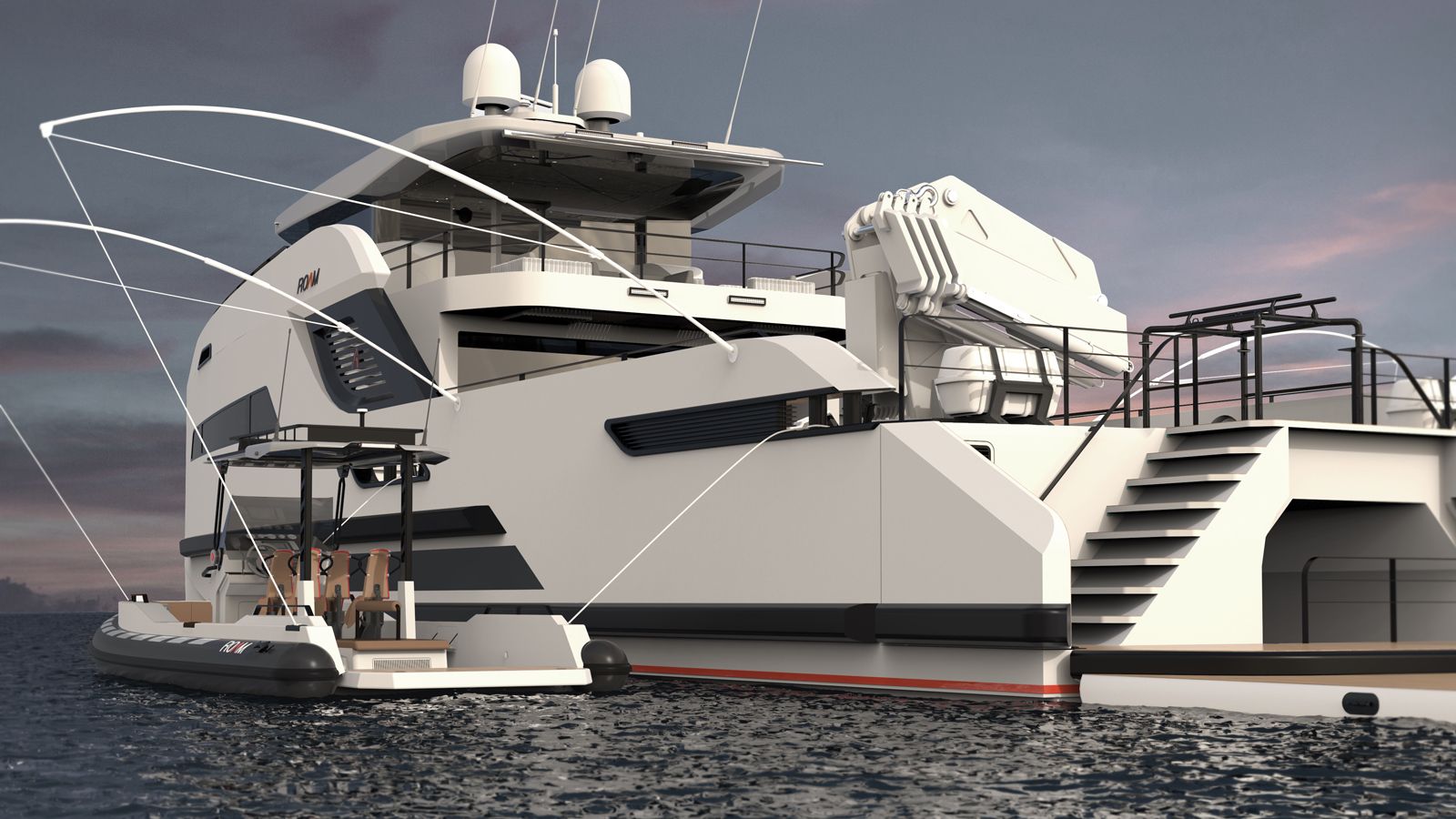 Following in the footsteps of the 24m and 27.5m models, the 35m support vessel is the flagship of the Shadow range and boasts a number of upgrades including a touchscreen helipad, crew accommodation increased and a larger capacity crane. With an aft deck entirely dedicated to storage, the ROAM 35 Shadow is built like a toy carrier and can accommodate a variety of tenders and toys, including submersibles and vehicles.

Developed in conjunction with a team of designers and naval architects, ROAM’s rugged Shadow models have been described by ROAM as “4X4s of the sea”.

The go-anywhere model is capable of top speeds of 22 knots and boasts an impressive transatlantic range coupled with a shallow maximum draft of 1.7 metres. Folding out bulwarks add more deck space and this model should also have a hydraulic swim platform for loading and unloading toys and tenders.

Six crew members can be accommodated on board 35 Shadow, but owners can choose to expand their accommodations according to their needs.

Josh Richardson, Managing Director of ROAM, says that “there are no compromises with the ROAM 35. Space and range restrictions don’t apply, so this ship ticks all the boxes, it doesn’t. there’s almost nothing he can’t take.

The launch of their latest model comes after news broke that ROAM Boats has partnered with submarine specialist U-Boat Worx to bring their models to market, offering the ROAM Shadow for sale with a twin-drive NEMO sub. seats in tow. The 2,500kg submarine was designed for the superyacht market with its compact footprint – requiring less storage space than a pair of jet skis – and single lifting point.

The ROAM Shadow prioritises functionality over comfort, with a clean interior that can be brightened up at the owner’s discretion.

The ROAM 35 will be built in aluminum and will be equipped with two Caterpillar C32 engines.