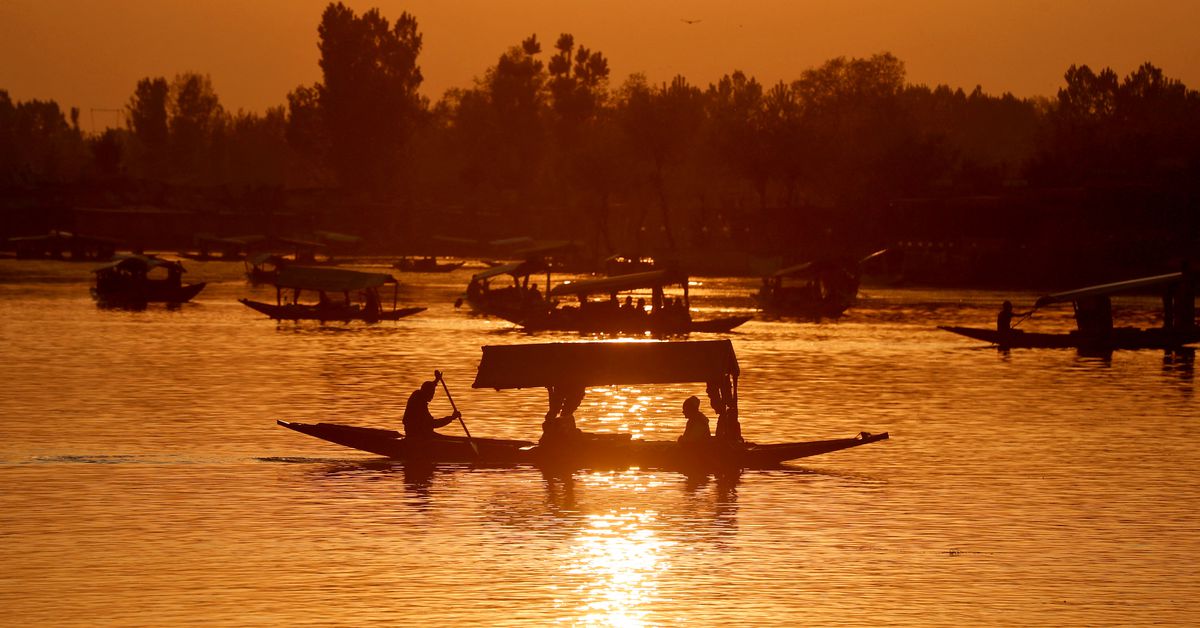 ‘Prettier than Europe’: Indians flock to Kashmir’s lakes and boats

SRINAGAR, India, April 6 (Reuters) – India’s Kashmir region is attracting record numbers of tourists after the easing of pandemic-related restrictions and some improvement in the security situation, boosting local businesses.

Tourist arrivals are expected to hit a decade high this year after more than 340,000 tourists have come since January, local tour operators and government officials said, despite restrictions on foreign tourists and some recent incidents of violence.

Tourism plunged in Kashmir after Prime Minister Narendra Modi’s administration stripped the region of its special status and autonomy in 2019, and later when the COVID-19 pandemic reduced inflows of domestic and foreign tourists .

“We are witnessing the highest tourist arrivals in Kashmir this year with 0.18 million tourists arriving in March alone,” Sarmad Hafeez, tourism secretary for Jammu and Kashmir, told Reuters, adding that arrivals from April could exceed March.

Along with horticulture and agriculture, tourism is an important industry for Kashmir, contributing about 7% to its economy, according to government data.

Billing itself as “heaven on earth”, Kashmir is home to Dal Lake, which centuries ago was a favorite for Mughal emperors fleeing the summer heat of the plains of India. The lake’s famous houseboats are major attractions along with the nearby Indira Gandhi Tulip Garden, the largest in Asia, and the region’s mountains and glaciers.

Hafeez said an advertising campaign in major Indian cities and the opening of new destinations were attracting more tourists.

Many hoteliers and houseboat owners said tourists had booked rooms in advance for the next two weeks and the revenue had helped them pay off some of their debts.

“Hotel room rates are up more than 30% compared to the pre-COVID period, and there’s a huge rush in bookings,” he said.

The rush is so strong that tour operators have said they are struggling to find reservations for their customers as hotels are 80% to 90% full and airfares have risen.

Many high-end tourists from wealthier Indian regions like Gujarat, Delhi and Mumbai were opting for Kashmir, instead of destinations in Europe due to pandemic-related uncertainty, operators said.

“We have a limited amount of high-end accommodation and commercial transport services here, which is a major challenge for us,” said

But, tourists are not bothered.

Navdeep Singh and his wife Gurpreet Kaur traveled from Australia to Kashmir, saying they were fascinated by its beauty.

“I’ve traveled all over Europe but this place is prettier. The people are warm and friendly and we haven’t seen any problems here,” he said.

What to know about debt consolidation offers