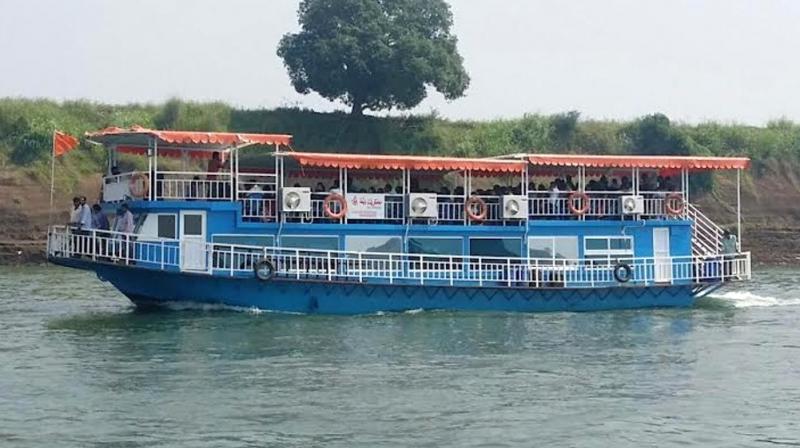 Ports Department to issue licenses to all passenger ships

Rajahmundry: All passenger ships crossing rivers, canals and reservoirs would require a license from the Ports Department as of April 1, per the standards of the Inland Vessels Act, 2017 in the state. The decision to streamline the registration and operation of passenger vessels and ensure passenger safety came following the tragic deaths of 21 tourists in a recent boat tragedy on the Krishna River.

As a result, the Ports Department was given the task of registering and issuing permits to passenger vessels contrary to the standard practice of the Water Resources Department which issued them. Tourism Minister Bhuma Akhila Priya recently made a statement to the Assembly in response to a question indicating that the Ports Department has been entrusted with the responsibility of registering and issuing licenses to passenger vessels operating on the rivers, canals and reservoirs of the state. The government passed the Centre’s Inland Vessels Act, 2017 after making the necessary changes to the 1917 law.

Technical staff from the Ports Department would check the vessel’s stability, naval architecture, fitness and several key parameters before allowing registration for a one-year license. Surveyors in the department would thoroughly inspect the various parameters before issuing a license to passenger ships.
Sources from the Ports Department said a majority of passenger ships were unfit because they did not meet the very strict technical specifications and safety standards recommended in the law.

However, as boat owners would lose income if their boats ran aground and passengers or tourists were also disappointed with a lack of boats, authorities intended to relax some standards without compromising passenger safety. This would initially allow boats to sail with a very limited number of passengers. But, new boats would have to comply with all safety standards.

The state government had already set up an expert group to develop a series of guidelines, in particular to deal with passenger ships that prioritize safety.
Kakinada Port Curator K. Varma said: â€œWe expect the state government to finalize the terms shortly with slight changes to the strict standards for licensing passenger vessels. “