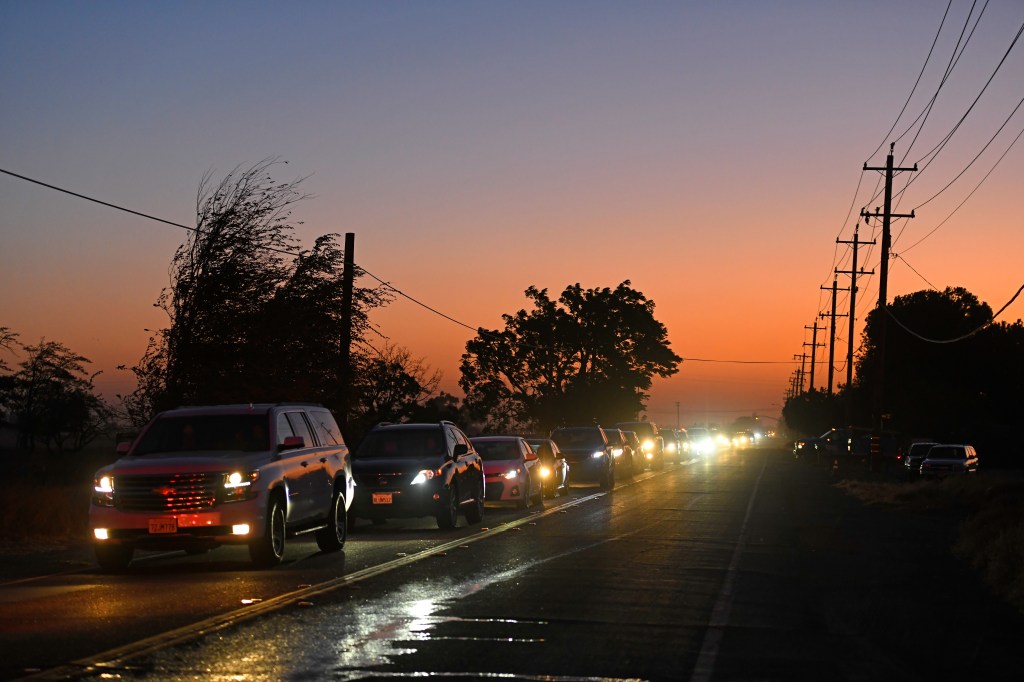 The Delta’s peaceful rural life and proximity to open spaces far east of Oakley and neighboring Bethel Island may seem idyllic to many – that is, until there is an emergency and that there is only one way out.

Then the tranquility can give way to chaos, confusion and worry, as seen more than two years ago when windswept fires temporarily blocked exits from the Summer Lake neighborhood of ‘Oakley. The only way out for many: East Cypress Road, the main artery clogged with firefighters and emergency vehicles until drivers were finally directed to an alternate route on a narrow private road, through a gate and at the above a quagmire.

Since then, not much has changed, and while they haven’t been plagued by fire recently, locals have occasionally found themselves temporarily on either side of a major car accident or slowly moving on. to their destination amidst a traffic nightmare on East Cypress Road or shuffle through a narrow alternate route outward.

That’s why Sharon Kuykendall and her neighbors, along with some Bethel Islanders to the north, continue to call for the widening of East Cypress Road or extensions of north-south roads and a better evacuation plan.

“I’ve been posting all over social media…that we need to rise up as a community,” said the 12-year-old resident of Summer Lake, a large lakeside development east of Oakley. “We need to be heard.”

Oakley City Manager Josh McMurray acknowledges road challenges in an emergency and says city staff are trying to address the “complex” issue. “It’s a No. 1 priority,” he said.

The problem existed before Oakley was incorporated, McMurray said. In 1993, Contra Costa County approved Shea Homes’ plans for the 628-home Summer Lake South—with no secondary egress in what was then unincorporated land.

The city’s short-term solution, McMurray said, is to get landowners and a special levee maintenance district to agree to a side road so Summer Lake residents and others can evacuate if necessary.

The second step, he said, will be to develop protocols on what to do in an emergency. Oakley coordinates with Contra Costa County, the Sheriff’s Office, the East Contra Costa Fire District and the Special Levee Maintenance District.

“I know the process is taking a little longer than we hoped,” East Contra Costa Fire Battalion Chief Ross Macumber said, noting that’s because the city has gone through two chiefs. of police since the beginning of the process two years ago. “It’s good to see that everything is finally well done.”

Kristen Crithfield, owner of the property where the escape route would pass, voluntarily unlocked her doors to let out front vehicles and recently entered into a formal agreement with the city. Oakley has just paved its narrow private road and plans to install fencing, but warns the road is not made for large heavy vehicles.

“There were issues with speeding and recreational vehicles, trailers, boats, three-axle dump trucks which, if stuck, would impede the evacuation of any vehicles after them,” she said.

Crithfield also wants to ensure there is traffic enforcement and signage to direct drivers.

“It’s an absolutely dangerous, scary, crazy situation that you would send us all into (the alternate exit),” Kuykendall said. “The road is too narrow. … You deviate a little to one side, you go into the dike.

“Find the funds somewhere (to repair the roads),” she said.

Tresa Toomer said residents were “crying for help”, but she doesn’t think officials are listening.

“We’re sitting ducks right now, especially as fire season approaches,” she said. “We need an emergency access road other than relying on the kindness of a private landowner.”

“The scariest was probably a few years ago when we had to walk through the flames on both sides of the road,” she said.

Now she is ready for the visit of her grandchildren. “I still have their stuff together and I’m ready to go in case we have to get out of here,” Gottehuet said.

Steve Leube is concerned about major emergencies, especially with the construction of new homes.

“If ever a major evacuation were to take place, it would be a disaster to exit that way,” he said of the alternative exit through private property.

Macumber pointed out, however, that newly built homes are less likely to catch fire.

Even so, Macumber acknowledges that it is a difficult and remote area to evacuate.

Those on Bethel Island are also sometimes trapped. Their only option is to head north to a dyke road.

Julie Jackson, owner of Boyd Real Estate on Bethel Island, observed the growth near East Cypress Road and, with it, more traffic.

“It looks like a lot of growth in a short time, but no plan for traffic,” she said.

To complicate matters, not all of the land that would be needed for road improvements is under city jurisdiction, McMurray said. There is also the cost, which will be borne by developers in the region.

It will likely take more than a decade before the area is built on, McMurray said. DeNova Homes plans to build Summer Lake North and TI Capital is developing Grand Cypress Preserve, both in the East Cypress Road area. Together they will bring some 4,000 homes to Oakley.

A second road, like the Bethel Island Road extension south, would not be easy to build and would require a bridge that begins in town and ends on unincorporated land, he said.

Widening East Cypress Road, meanwhile, would require building a new parallel road to the north, as well as burying a canal and widening the causeway on the Contra Costa Canal.

Even so, McMurray said he didn’t want to wait for the developers.

“I’m trying to make sure we get improvements now,” he said of his hopes to expand and extend the routes.

He added that he hoped those improvements – the East Cypress Road expansion and the start of the Bethel Island Road extension – would come within the next two and a half years.

“It’s really not as simple as going out and building another road. … Although we’re trying to work on it as fast as possible, it’s still going to take some time.