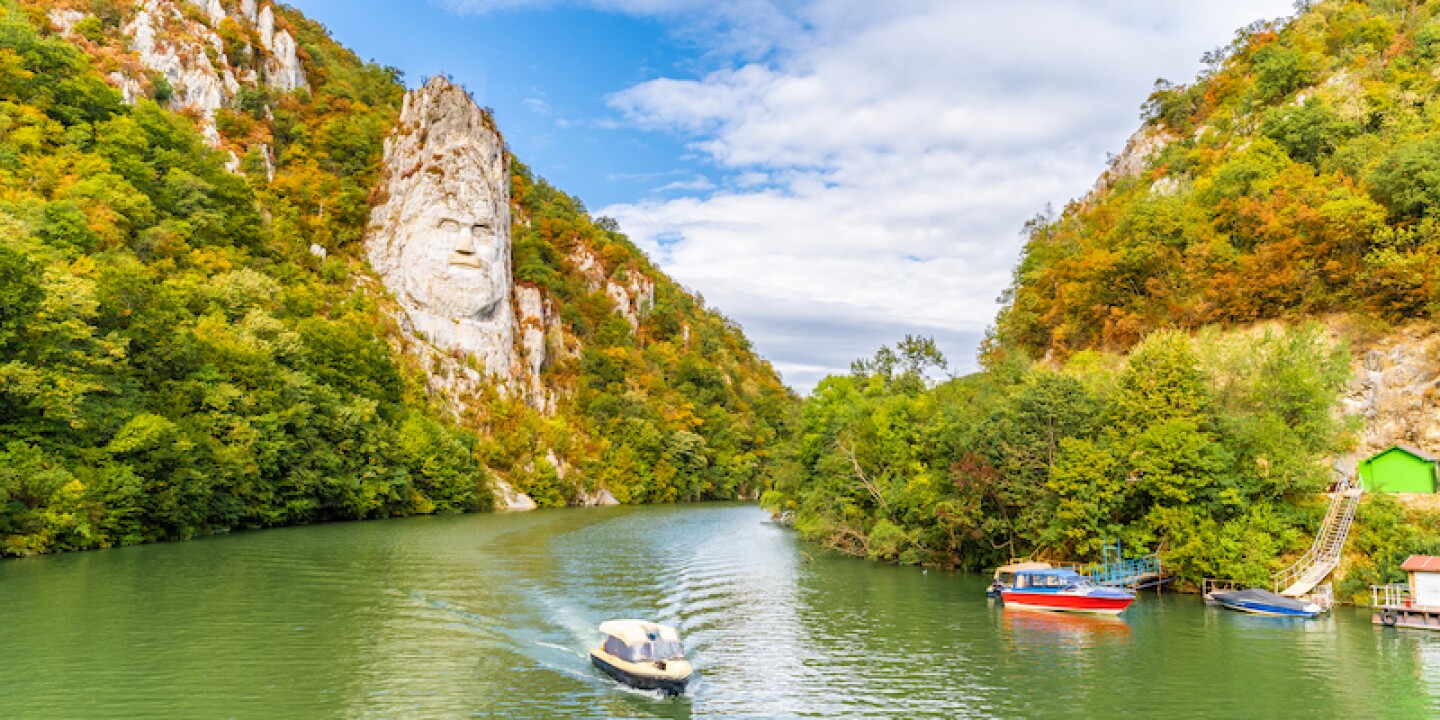 If you like the idea of ​​spending weeks floating along the waterways of Europe, exploring cities like Amsterdam, Paris, Vienna and Budapest from the comfort of a small boat, river cruise line AmaWaterways has you covered. covered. If you want to combine weeks of sailing Europe’s rivers with an epic Nile adventure, that’s also an option, courtesy of luxury river cruise line Uniworld.

The seven-week trip, which departs in 2024, will be the longest in the company’s history, breaking the previous record of 46 nights in 2023. And for the first time, the full length of the successful itinerary will run on a single ship, the 156 passenger Ama Mora; multi-river cruises offered by AmaWaterways generally involve sailing on more than one river cruise ship.

Ama Mora features staterooms and suites with balconies, an upper-deck pool with a swim-up bar, and dining options that include the Chef’s Table, an intimate, chef-led dining experience.

There are two departure choices, spring and summer 2024; they cost from $25,650 per person in the spring and from $26,600 per person in the summer. The spring cruise embarks April 22, 2024 in Amsterdam and ends June 10, 2024 in Giurgiu, Romania. Bonus feature: Flowers should be in full bloom along the Rhine, Scheldt, Meuse, Waal, Main, Moselle and Danube (including along the Main-Danube Canal) while sailing spring. The summer cruise is the reverse voyage, embarking June 10, 2024.

AmaWaterways is also offering slightly shorter versions of week-long cruises in 2023, which will sail a combination of three of its ships. The 45-night “Springtime Edition Seven River Journeys” cruise will sail to 14 European countries and 17 UNESCO World Heritage sites along the Danube, Rhone, Rhine, Main, Moselle, Scheldt and of the Meuse. Passengers will have the chance to explore the cities of Lyon in France, Vienna, Budapest and Amsterdam, among many others.

The three ships will be the 156 passengers AmaKristina (a sister ship of Ama Mora), whose passengers will board in Avignon, France, on April 20, 2023. After that, they will board the 162-passenger AmaCerto in Basel, Switzerland, before upgrading to the 196-passenger, extra-large AmaMagna for 14 nights. The AmaMagna is the flagship of the AmaWaterways fleet, with five bars, four restaurants and a Zen Wellness Studio. The cruise ends in Giurgiu, Romania on June 4, 2023.

An extravagant 46-night summer river cruise will set sail from Paris on June 1, 2023, after which it will sail the Seine, Saône, Rhône, Rhine, Main, Moselle and Danube, ending in Giurgiu, Romania – a journey through 14 countries on four river cruise ships. These two cruises have proven so popular that the company has added a third 46-night fall foliage cruise to Paris on August 24, 2023 and sailing to 14 countries along the Seine, Scheldt, Masse , Rhine, Main, Moselle and Danube for Giurgiu, on three ships.

Not to be outdone, luxury river cruise line Uniworld is upping the ante for its seven-week river cruises, after recently revealing details of its first-ever 46-night ‘Rivers of the World’ cruise. Passengers on the itinerary will travel from Cairo to Lisbon, touching two continents and nine countries as they explore Egypt, the Mediterranean, the Swiss Alps, Central Europe and northern France. Flights between countries and some stays in luxury hotels, such as in Cairo, are included. The epic journey will begin on May 20, 2023, with fares starting at $39,000 per person,

The trip will take place on five different river cruise ships, starting with the 84-passenger SS Sphinx on the Nile. Guests will also cruise the 126-passenger SS La Venezia, a ship that sails the Po River from Venice with extravagant Italian decor, Fortuny fabrics and Murano glass. Through Austria, Hungary and Germany on the Danube, the ship will be the 150-passenger SS Marie Theresewith opulent Baroque-inspired interiors in honor of its namesake, the Archduchess of Austria, who ruled the House of Habsburg from 1740 to 1780.

Guests will also cruise the SS Joy of living across France, a ship inspired by 20th century Parisian design, for a week on the Seine before heading to Portugal for a cruise along the Douro River aboard the 100-passenger SS Sao Gabrielwhich debuted in 2021.

The price of the cruise includes international flights and hotel stays. Trip highlights include special welcome and farewell events; a trip to see Nubian monuments in Abu Simbel, Egypt; a lakeside stay in Lugano, Switzerland; a tour of Milan; VIP access to Schönbrunn Palace in Vienna; a show at the Moulin Rouge in Paris; and visit Sintra with its palaces and charming seaside Cascais from Lisbon.

Uniworld will then surpass itself and claim the title of offering the longest river cruise in the world in 2024, with a 54 Night Itinerary. The line has opened a waiting list for the nearly eight-week route that begins in Lima, Peru, and ends in Ho Chi Minh City, Vietnam. The trip is limited to 68 passengers and will begin on October 3, 2024. It will explore 10 countries in South America, Europe and Southeast Asia. The cruises will take place on four river cruise ships which will navigate the Amazon, Rhine, Danube, Rhône, Saône and Mekong. The trip includes hotel accommodations in Lima, Peru’s Sacred Valley (as a base for visiting Cusco and Machu Picchu), near the Iguazu Falls in Argentina and Rio de Janeiro, as well as Hanoi, Siem Reap, Cambodia and Ho Chi Minh City. Flights between destinations will also be included. The price has not yet been revealed.