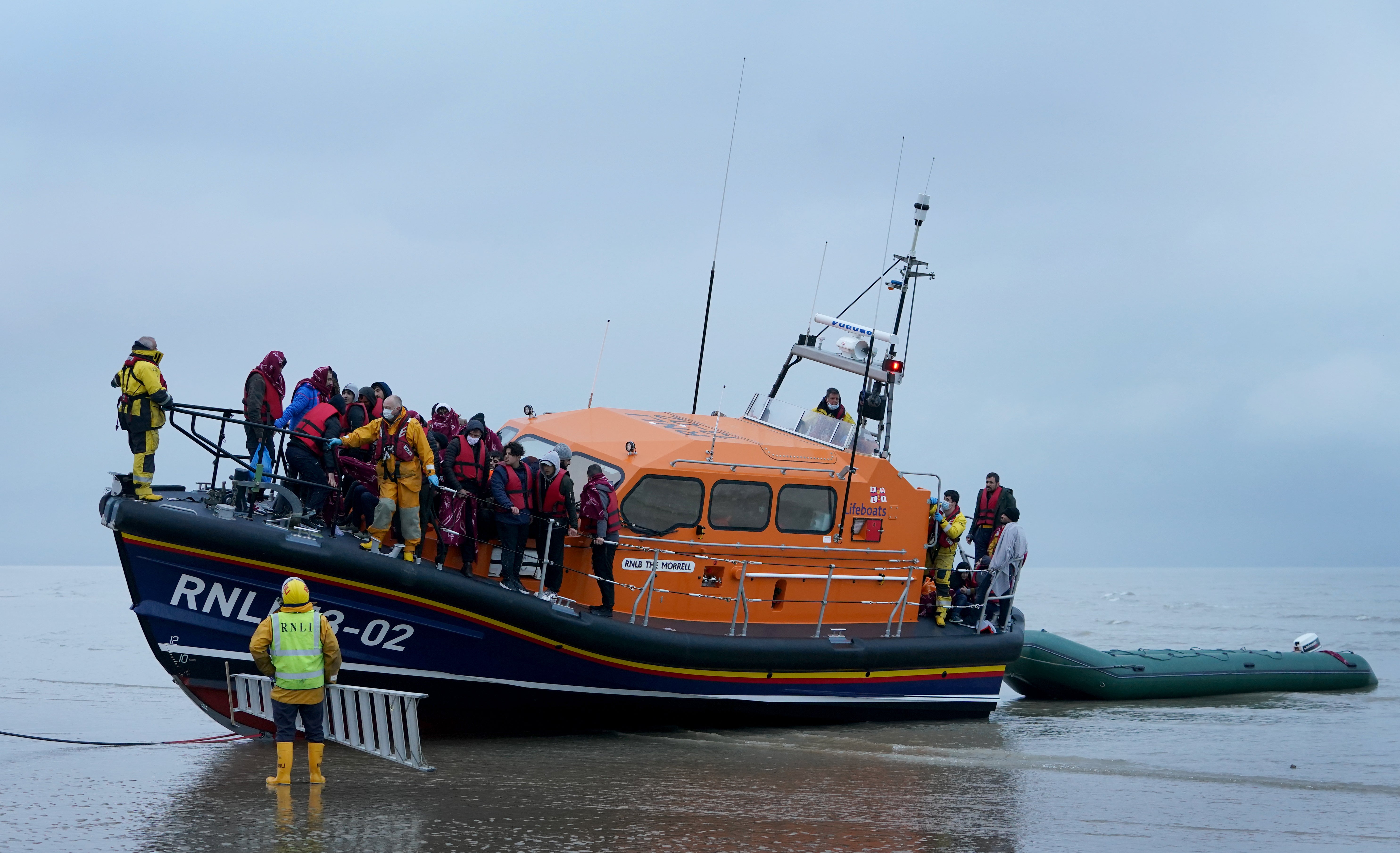 Councils across England will be forced to take asylum-seeking children who have arrived in the country without parents or guardians under new plans to be announced by Priti Patel on Tuesday.

Ministers are writing to more than 200 local authorities telling them that the National Voluntary Transfer Program (NTS) will become mandatory.

Local leaders will be notified of the changes later. The move means young people will be moved from hostels on the south coast, where they have arrived, to permanent accommodation in the rest of England.

The changes come as the Home Secretary faces increasing pressure from No 10 and high-ranking Tory MPs to stem the flow of people making the treacherous journey across the Channel in search of a better life .

A record number of people are entering Britain from France. According to data from the Home Office, the number of people who made the trip in small boats this year is now three times the total for all of 2020.

Over the weekend, Labor accused the Home Secretary of “dangerous” failures, saying she was more interested in “diplomatic wrangling” with the French government than finding workable solutions.

After reports surfaced that Downing Street was going to send an additional minister to the Home Office to deal with the issue, Boris Johnson’s spokesman twice refused on Monday to praise Ms Patel’s strategy.

The government has repeatedly vowed to crack down on level crossings and pledged millions of pounds to help French authorities tackle the problem. But maritime laws mean it’s a tough problem to solve.

Ms Patel told MPs in the House of Commons on Monday that UK councils must “play their part” in providing accommodation for asylum seekers.

The Home Secretary, whose party has been in charge of immigration policy since 2010, said there was “no silver bullet” to tackle the migrant problem, adding: “The only solution is a large-scale reform of our … system “.

Councils such as Kent on the south coast are disproportionately affected by the problem as they are ports of entry for asylum seekers.

Earlier this year, Kent refused to accept more unaccompanied migrant children after warning his services were at breaking point for the second time in 12 months.

Speaking after the changes were announced, Councilor James Jamieson, chairman of the Local Government Association, said the majority of local authorities have voluntarily stepped forward to offer assistance and that councils will want to work “closely with the government to guarantee the rights and needs of children “. are at the heart of these new provisions â€.

He added: â€œThese must enable local partners to provide children with the help they need, including mental and physical health support and appropriate education.

â€œBoards continue to face challenges in finding suitable housing, with lingering issues regarding the center-led age assessment and delays in decision making, adding to the uncertainty of both to councils and to young people.

“These new arrangements must continue to quickly address existing pressures in local areas, with greater collaboration within government to improve engagement with the boards on all programs that help newcomers start new lives.” UK.”

Enver Solomon, Chief Executive Officer of the Refugee Council, said: â€œChildren who arrive in the UK alone in search of safety are very vulnerable. They should receive immediate care from local authorities, a responsibility which should be shared equitably by all local authorities in the UK.

“This important decision should reduce unacceptable delays for vulnerable children, who have often suffered severe trauma, receive the life-saving care they need and it is a very welcome decision.”

A spokeswoman for the Interior Ministry said: â€œThe government is working to meet the needs of newly arrived unaccompanied asylum-seeking children.

“We are grateful for the continued support of local authorities to provide life-saving care to vulnerable children and we continue to keep the NTS under review to ensure a fair and equitable distribution of responsibilities across the UK.”