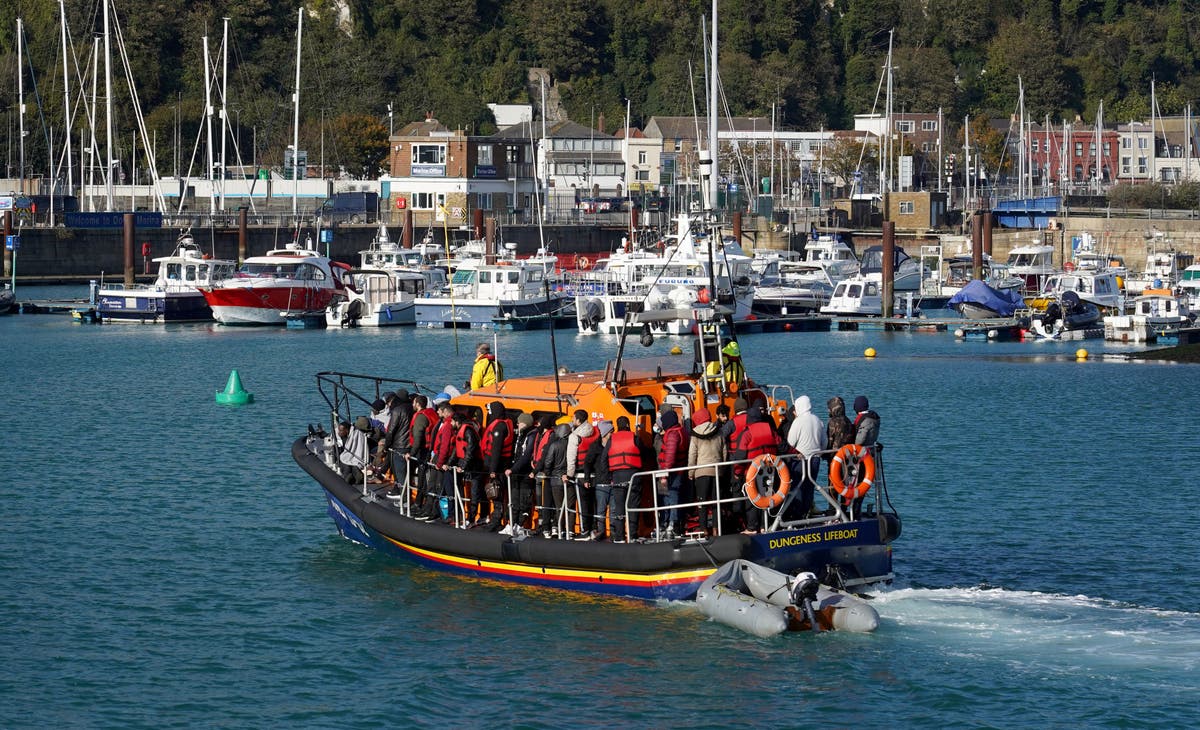 Most people crossing the Channel in small boats are refugees, report says

The majority of people crossing the Channel in small boats are refugees, according to a new study that contradicts the Home Secretary’s claims last month that 70% of arrivals are “economic migrants”.

Analysis released by the Refugee Council reveals that those making the dangerous crossing are likely to be allowed to stay in the UK as refugees, with just over a third of those arriving not being reputed to have fled persecution.

The report, based on Freedom of Information (FOI) data and Home Office statistics, found that 91% of people came from just ten countries where human rights violations and persecution are common, including Afghanistan, Syria, Iran and Eritrea. According to the Home Office, 98 percent of people from across the Channel seek asylum.

It comes three weeks after Priti Patel told the Lords’ Home Affairs and Justice Committee that over the last year 70% of people on small boats were “single men who are indeed economic migrants and not genuine asylum seekers “.

The Home Secretary also claimed that the current widespread use of hotels as asylum accommodation to house asylum seekers in the UK had acted as a “pull factor” for people to come in. -Brittany by unauthorized means.

Enver Solomon, Chief Executive Officer of the Refugee Council, said: “The reality is that people who come to the UK on terrifying journeys in small boats across the Channel do so because they are desperate for safety after fled persecution, terror and oppression.

The report finds that overall for the top 10 countries of origin arriving by small boat, 61 percent of the initial decisions made in the 18 months to June 2021 would have resulted in the granting of refugee status, compared to 52 for one hundred for global asylum decisions in the same period.

Home Office is trying to introduce a policy to consider asylum seekers who have passed through a safe third country on their way to Britain ‘inadmissible’, meaning their claim would not be considered in the UK and would be returned to the country to which they traveled. through.

However, the UK has not concluded any bilateral return agreement with European countries. Thousands of asylum seekers have been given a ‘notice of intent’, meaning the Home Office is seeking to return them to a safe third country, so far this year. If after six months this has not happened, they are put back into the normal system though.

The Refugee Council report states: “Many nationalities that received notice of intent had exceptionally high grant rates at the initial decision stage. This suggests that the vast majority of these cases are likely to be protected as they enter the decision-making process. “

There are extremely limited alternative “safe routes” for many of the main nationalities crossing the Channel, the report says. The UK did not resettle anyone from Kuwait, Yemen or Vietnam between January 2020 and May 2021 and only one person from Iran was resettled.

Refugee Council calls on government to rethink its Nationality and Borders Bill, which is making its way through Parliament and intends to make it a criminal offense to knowingly arrive in the UK without permission , as well as to allow the Ministry of the Interior to set up “centers for processing asylum requests abroad”.

On Tuesday, Tory MP and former cabinet minister David Davis tabled an amendment to the bill calling for the idea of ​​sending asylum seekers to another country while their claims are being processed to be abandoned.

Mr. Solomon added: “This government should show compassion in welcoming those in need of refugee protection rather than seeking to cruelly push them across the Channel or punish them with imprisonment. At the same time, there must be an ambitious expansion of safe roads so that people do not have to make dangerous journeys to achieve safety.

A spokesperson for the Home Office said: “The UK has a long history of welcoming people in need and this is at the heart of our new immigration plan. But we must put an end to dangerous travel, facilitated by violent criminal gangs profiting from poverty.

“Our immigration plan provides the only long term solution to fixing the broken system, and that is why we are changing the law to deter illegal entry and break the murderous business model of smugglers.”

Volunteers work to remove abandoned boats from the Intracoastal Waterway