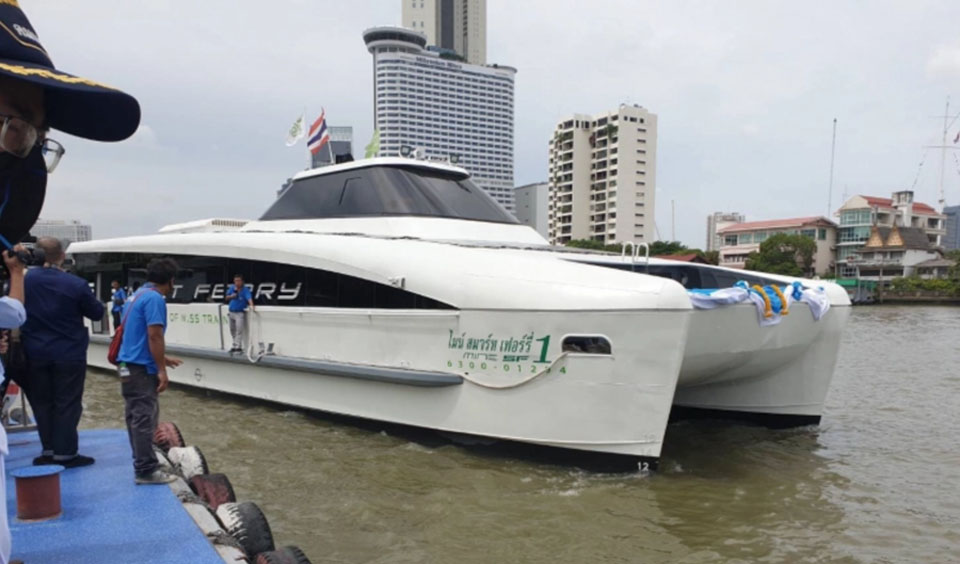 The Marine Ministry and the private sector have teamed up to operate electric boats on five routes across Bangkok and other provinces this year.

The new services, according to Phuripat Theerakulpisut, Deputy Director General of the Navy Department, will include the following:

– The Chao Phraya River route, for which the department has partnered with Energy Absolute Co. to develop a 250-passenger electric boat.

– The Phadung Krung Kasem Canal Route, a service developed in collaboration with the Bangkok Metropolitan Administration. The 5 kilometer route will be served by seven new electric boats and one modified from an existing fleet, each carrying up to 30 passengers.

– KhlongSaenSaep canal, eleven boats carrying up to 40 passengers will be available for the 11.5 kilometer journey between WatSriboonreung and Minburi.

– The KhlongDamnoenSaduak canal road, two electric boats will be put into operation, as part of a campaign by the Marine Department to promote tourism in Ratchaburi province.

Officials said the fifth boat route, which will focus on maritime tourism, will feature the “Banpu Next e-Ferry”, which was developed in collaboration with SakunC Innovation. The 50-passenger boat will operate once a day between Nakhon Sri Thammarat’s Sichon Port and Khao Phlai Dam.(NNT)

Why superyacht owners are planting gardens on their boats – Robb Report