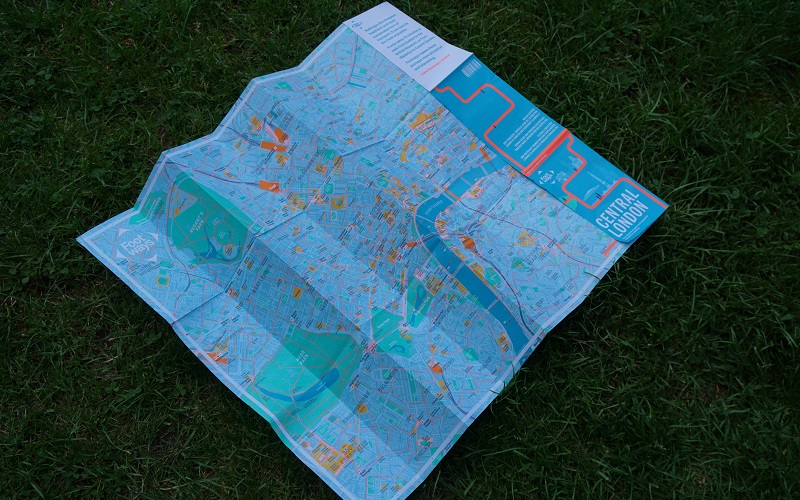 A new edition of a map showing quiet routes for walking around London was launched last week.

Footways, a social enterprise which aims to encourage people to walk more for their daily journeys, has launched the second edition of its map of attractive walking routes in central London.

The previous edition was launched in 2020 with the aim of making more people walk, offering new pleasant routes for walkers and campaigning for the development of the streets of the capital.

“We looked for relatively attractive direct routes on pleasant, quiet streets that avoid the main polluted roads, which Google Maps tends to send you.

“To a large extent, our routes take on some really beautiful streets, but sometimes we have to go with the least bad option, and we will campaign for improvements.”

Harrison explained that the first card received positive feedback and showed that there was a demand for such a project.

The new improved and updated map has been redesigned to make it more readable and includes new routes, taking into account the new pedestrian streets created since the old version as well as stations on the Elizabeth line.

It was launched alongside a #LetsWalk campaign that encourages walking from train stations.

Just in time for the midterms and Jubilee holiday, Harrison and his team hope the new map will encourage families to walk after a train journey during this time, and help reiterate the need for the city to improve for walkers, especially around train stations.

At the launch of the map, where a group walked from King’s Cross to the Strand, Will Norman, London’s walking and cycling commissioner, was present alongside other public figures.

The team were able to highlight the need for improved pedestrian crossings on Euston Road to reach King’s Cross.

A digital version of the new map is available on the Footways website with geolocation.

One side of the paper map shows a map of central London with “main streets on main roads” in yellow, “pedestrian routes” in orange, plus parks, attractions, train and bus stations.

The other side features walks between major London locations with landmarks to see along the way, features to see in map sponsor areas and a ‘quick connects’ map showing attractions in a perimeter of 15 minutes on foot from the main stations.

Each walk is equipped with a QR code which leads to the digital map on the website.

In order to find the various routes shown on the map, Harrison and her Footways co-founder, Emma Griffin, explored the town and consulted with others such as local government officials and tour guides.

As an example of one of his favorite walks, Harrison chose the Waterloo Walk from his home in Islington.

He said: “You can walk along the river with great views of Somerset House, St Paul and the city’s skyscrapers.

“Across Blackfriars Bridge and the unspoilt pre-Blitz streets – Black Friars Lane and Carter Lane – around St Paul and up to Smithfields, descend to the oldest surviving church in the city, St Bartholomew the Great .

“Then on to Clerkenwell Green and the intriguing Clerkenwell Close, one of my favorite streets in London.

“Across Spa Fields and the squares on both sides of Amwell Street, behind the Angel, by the canal and in Danbury Street.

“At that point, I’m ready for a pint at the Duke of Cambridge.

“There is so much history, so many fabulous buildings and views, so little car traffic.

“We want our future to include more pedestrian networks, more maps and campaigns to create better streets and walkable cities.

“We are aware that our maps are a tool for improvement.”

The new paper map will also be sold on the Footways website and in bookstores in June.