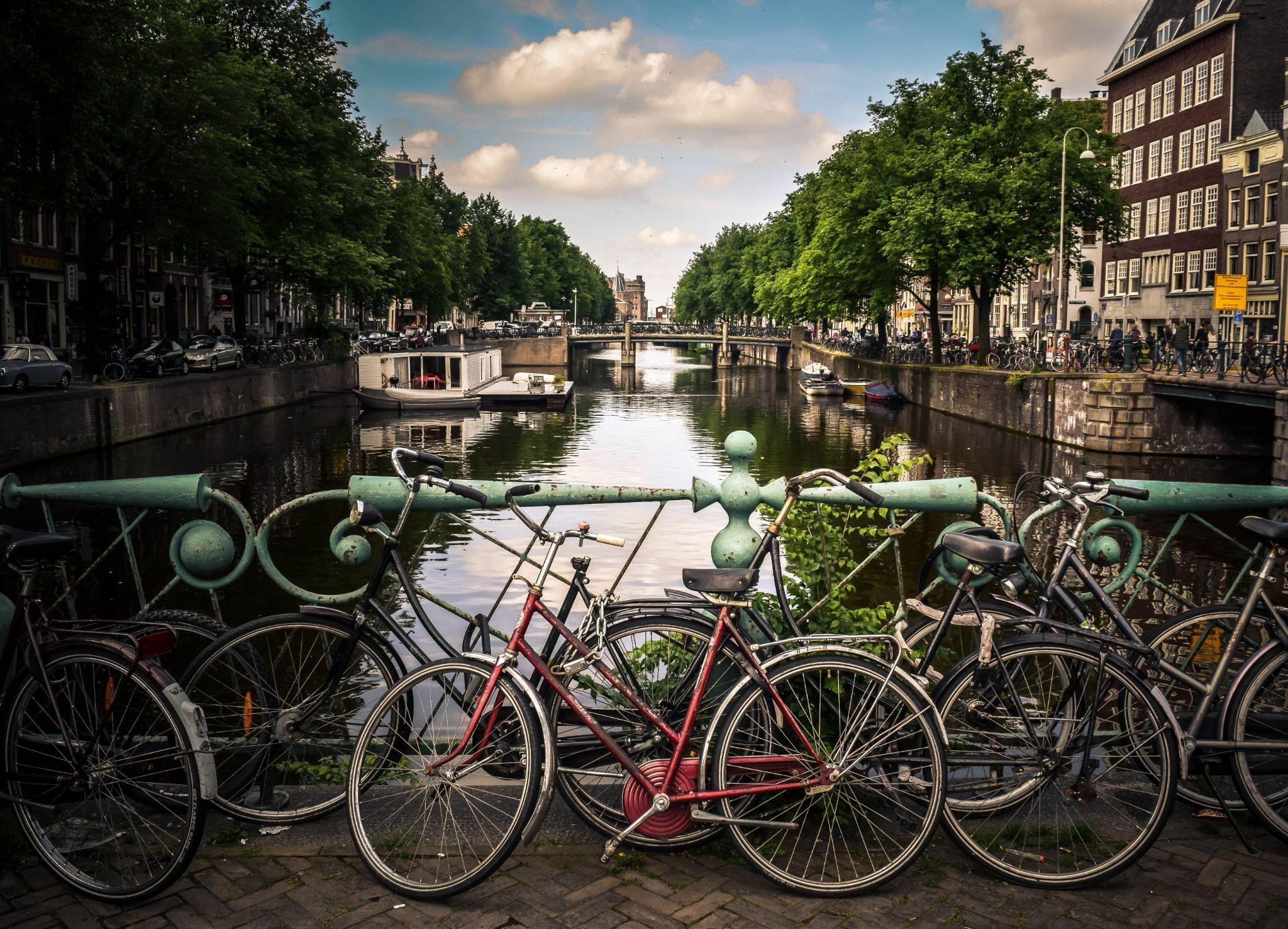 Explore Amsterdam with these 5 bike paths and maps – Bike Hacks

Amsterdam is known for a lot, but cycling is definitely in the top three. It is the cheapest, healthiest, most ecological and most authentic way of getting around the city.

What could be better than discovering one of the most beautiful capitals in Europe by bike?

So, once the academic semester is over, all homework is handed in, and more math homework help is necessary, head straight to Amsterdam.

Writing countless essays is exhausting, so every student deserves an unforgettable vacation after school. Spending a week or two exploring Amsterdam by bike is a perfect choice.

1. To get to know all the basics of the city – the route beyond the main sights

First-time visitors want to see all the famous tourist spots, which is perfectly understandable. After all, who hasn’t heard of the Anne Frank House, the Van Gogh Museum, or Amsterdam’s unique flower market?

This short but efficient cycle route covers a lot in just around 40 minutes, so it’s a good option for anyone who is unprepared. It goes like this:

The route not only covers some of the main sights, but also offers a magnificent view of a bunch of iconic Amsterdam canals. It’s a perfect way to really feel the city in just under an hour.

The only downside is that bicycle traffic can be incredibly heavy, especially during the tourist season. Cycling in the busiest areas of the city can therefore become a challenge. Pick the right time and stay safe.

2. To reconnect with nature without leaving the city: Amsterdamse Bos

Amsterdam is a cool, upbeat city, and that can hardly bother someone who only visits for a week or so. But it can also get overwhelming, especially during peak season or for someone who is not used to city life.

A perfect choice for anyone who wants to reconnect with nature during their stay in Amsterdam is to cycle through one of Amsterdam’s main parks.

Amsterdamse Bos is scenic and suitable for bikes (but only for those who don’t mind off-road cycling). It’s also huge and really lives up to the title.

“Bos” means “forest” in Dutch, and although Amsterdamse Bos is not really a forest in its own right, it is indeed wilder for a city park. Morning is the best time to visit it for a cycle.

3. To see the sea – From Rokin station to Bloemendaal town

Amsterdam is by no means a seaside resort. But a trip to the North Sea doesn’t take more than an hour from the city center, so it’s almost a crime not to go there at least once in the summer.

In fact, there are some great beaches just outside of Amsterdam, like Zandvoort and Bloemendaal. The waters of the North Sea are not very warm even in summer, but the views are still worth a day trip.

Most locals and tourists travel to the seaside by train or car, but cycling is much more fun. For a beautiful trip off the beaten track, head to Bloemendaal Loop. Departure from Rokin metro station (Line 52).

Then head towards Haarlem via Zijkanaal, Woonboten and Molen de Veer. These are all great photo spots.

Then pass the town of Overveen and head straight for the seaside. The journey takes around three and a half hours but it’s well worth it.

4. For the Indie Vibes — Westerpark

Now back to the city. Unfortunately for them, tourists do not frequent Westerpark, but wrongly. It’s not that far from the city center, and the journey to get there is via Jordaan, yet another place in Amsterdam that deserves more attention.

Westerpark is a lovely neighborhood with a huge park in the middle. The park itself has a very different vibe than Amsterdamse Bos. It is very neat and well maintained, with plenty of space and a perfect sunset view.

But while the park is a great place to end the walk and enjoy a romantic picnic, it’s not the only thing the neighborhood has to offer.

Westerpark also has an excellent independent nightlife (very different from the clubs in the city center), many cozy markets, and regular art exhibitions. Biking around the neighborhood is a great ride; no specific itinerary is necessary.

Many foreigners have a very particular idea of ​​Amsterdam before coming to visit it. Among other things, they associate the city with the traditional houses of the canal.

While it is true that they make up the majority of the city center, Amsterdam’s architecture is much more than these 17th century gingerbread lookalikes.

Modern and converted buildings outside of the city center are just as cool, albeit in a different way.

To find out what the city’s trendy North Shore is all about, head to Overhoeks and NDSM Wharf. Most major European cities have their version of Overhoeks – a former industrial area turned into a huge arts center.

Take the tour towards NDSM Wharf. Be sure to pass the Eye Film Museum, a true masterpiece of contemporary architecture. End the trip at NDSM Wharf, the soul of the neighborhood.

Amsterdam is a cycling capital of the world, so it makes perfect sense to explore it by bike.

The city has tons to offer and almost everything is accessible to cyclists, from major sights like the Rijksmuseum to the seaside and beyond.

Due to heavy traffic, the first day of cycling in Amsterdam can be stressful, but it doesn’t take much getting used to.

See how cycling makes its mark among other outdoor activities:

How biking compares to other popular outdoor activities

Make a bike rack on your own with these tips:

How to Easily Build a Bike Rack – Comparison of 3 Methods

Ride your bike comfortably and safely with these tips:

Top Tips for Safer Summer Bike Rides: Ways to Stay Healthy and What to Wear