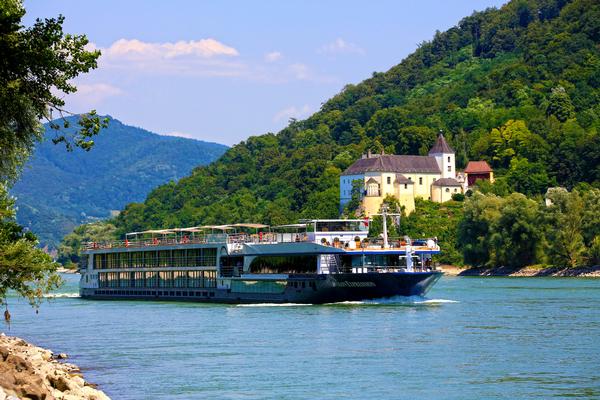 Here’s how dry the spring and summer of 2022 were around the world.

It’s the first week of September and we’re just getting our first named hurricane of the season. In New York, the grass is so brown it looks more like late fall and early winter. In Europe, the mighty Danube River – which flows through 10 countries – is so low that Nazi warships from decades ago have been visible. And in Texas, a lack of rain recently exposed dinosaur tracks believed to be 113 million years old.

Yet somehow, river cruising has not only been able to survive, but according to Avalon Waterways president Pam Hoffee, it meets and, in some cases, exceeds expectations.

“River cruising is really on the rise, and it’s becoming the most popular and fastest growing style of travel in the world,” Hoffee told Yahoo Finance. “So when these headlines (about drought conditions in the US and Europe) were really happening a lot, we booked more travelers for the 2022 travel year than we did in our record in 2019 for trips that year. This speaks volumes about the resilience of river cruisers and what people are hearing about how we are handling the situation and the confidence they have in Avalon Waterways.

Hoffee said the rains have started to return to Europe, which makes the problem a little more manageable. But Avalon has only had to take three river cruises this year due to droughts.

Although there have been water level issues, Hoffee spoke on behalf of the industry when she said it was not the first time river cruises had faced drought conditions – nor would she call it a trend.

“It hasn’t happened since 2018 in a way similar to what we’ve seen this year,” she said. “So at this point I don’t call it a trend. I don’t call it something that we can predict in the future.

Rainfall in recent times is replenishing rivers, including water bodies that have been most severely affected.

“The rainfall that Europe has received over the past few weeks has improved water levels and as a result Avalon Waterways cruises are operating as normal,” Steve Born, marketing director for the Globus family of brands, said in a statement. interview with Travel Weekly. “The nature of rivers is to ebb and flow, and we are delighted that our guests are enjoying their vacations as intended.”

River cruises offered their customers the option of changing their reservation and receiving partial or full refunds if a change in itinerary or boats was necessary.

Family business: The rise of river cruises for…