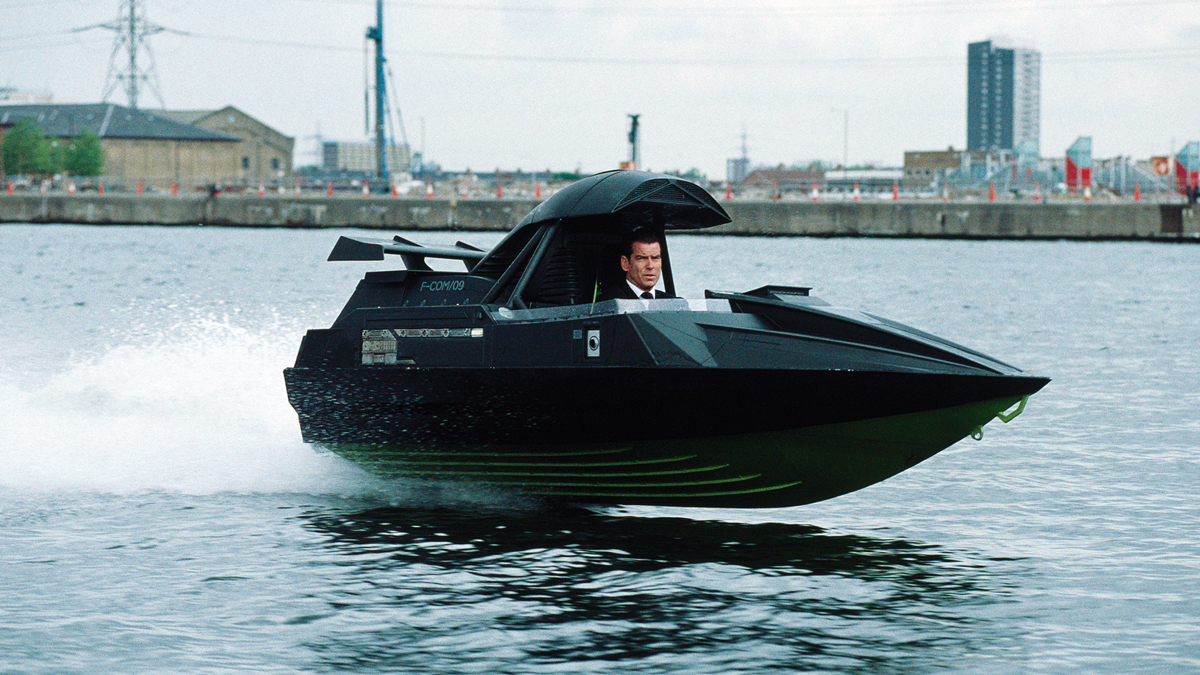 Bond and Boats was a great romance, but now it’s over

The end of the last Bond movie, no time to die, really moved me. It’s hard to see how they’ll pull it off. Even if they “reboot” it (already done – Casino Royale), we will always know how it all ends.

I read all the books and watched all the movies. Bond has been with me since a little boy, when my parents allowed me to watch the inevitable car chase before banishing me to bed.

As a teenager, my aunt used to take me to the movies, sitting with her eyes shut tight during the murder (the bad guys always had a lair with henchmen to defeat back then).

Although the tone of the films has changed over the decades, the style and appeal has remained. Exotic locations, amazing cars, funny banter, beautiful women, incredible action and (so far) our hero’s invincibility…

The article continues below…

To celebrate the Bond In Motion exhibition at the London Film Museum, MBM has rounded up the best of 007’s boats

German shipyard Fassmer has unveiled its latest design, the OPY80, which is inspired by James Bond’s Disco Volante

And then there were the boats. The very first film had Bond escaping from Dr. No’s island aboard a sleek clinker-built motorboat in 1962.

The following year saw James Bond’s first boat chase with Bond at the helm of a Fairey Huntress, pursued by Specter aboard Huntsmans fitted with grenade launchers in From Russia with love.

A superyacht appeared in thunder ball, owned by Emilio Largo. Bond’s designer Sir Ken Adam said she should be 160 feet long and capable of 50 knots.

No such boat existed, so they created one that lost its rear accommodation section before mounting on hydrofoils to outrun the pursuing navy ships, Bond aboard to save the day.

But it was Live and Let Die in 1973 which really upped the ante. An incredible chase through Louisiana’s Irish Bayou using 26 Glastron speedboats.

By the end of filming, 17 boats and a world record had been destroyed – a new boat jump record at 110 feet!

1977 The Spy Who Loved Me saw Bond shuttle to meet the villain at his offshore lair aboard a superb Intermarine, and later launch an attack using the world’s first PWC, a WetBike. Not even in production at that time, the one used was a prototype.

1983 Never say never put the villainous Maximillian Largo aboard the superyacht ‘The Flying Saucer’. In real life, it was the Nabila, built for Saudi billionaire Adnan Khashoggi and later sold to Donald Trump.

In 1999 Sunseeker entered the world of Bond. The world is not enough began with Bond in a jet boat pursuing a female assassin at the helm of a Sunseeker Superhawk 34, stunt dubbed by powerboat racer Sarah Donohue.

Sunseekers appeared in several later films, culminating in Quantum of Comfortincluding a Sunseeker 37M yacht, an XS2000 and a Superhawk 43, as well as a vintage Sunseeker Sovereign 17 in which Bond was skippered on a lake by Sunseeker founder Robert Braithwaite.

There are many boats in no time to dieof course – Bond sails on a Spirit yacht in Jamaica, before his fateful encounter with a Royal Navy destroyer off the coast of Japan.

I don’t know where they’ll go with the franchise, but one thing’s for sure – I won’t be watching.

First published in the March 2022 issue of MBY.

If you enjoyed this…

Be the first to hear about the latest boats, gadgets, cruising ideas, buying tips and reader adventures with a subscription to Motor boat and yachting. Available in print and digital format, our monthly magazine will be delivered directly to your home or device at a substantial discount from the regular cover price. See our latest offers and save at least 30% on the sale price.