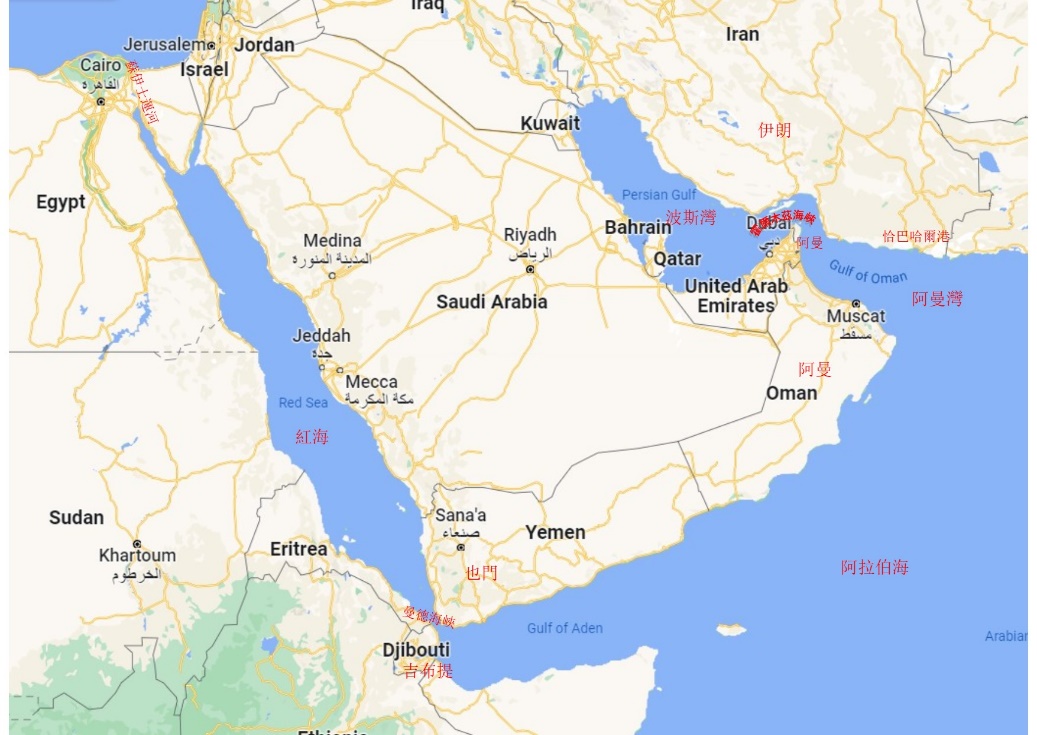 The Chinese Communist Party (CCP) is using Iran to tighten its grip on major oil routes in the Middle East. The objective is to seize a dominant position during the energy crisis triggered by the Russian-Ukrainian war. Oman, at the gateway to the Strait of Hormuz, has become a target for Iran to expand its influence in the Middle East. Oman is also a key maritime and land logistics intersection in the CCP’s Belt and Road Initiative (BRI) and an important part of its energy strategy in the region.

The Persian Gulf and its outlet, the Strait of Hormuz, is the route for at least a third of the world’s oil shipments. Iran’s coastline dominates the northern shore of the Persian Gulf and the Strait of Hormuz, while the southern shore of the strait is dominated by Oman and the United Arab Emirates. Part of Oman sits atop this narrow, winding choke point, where all ships must slow down to cross.

According to Iranian media, Iranian President Ebrahim Raisi paid an official visit to Oman on May 23. This was after a 50-member Iranian delegation visited Oman a week earlier to pave the way for the expansion of trade relations between the two countries.

During his visit to Oman, Raisi planned to sign a number of cooperation agreements with Oman, including the finalization of a gas pipeline link to Iran, which will allow Iran to significantly increase its exports. of gas to Oman. Although this project started in 2013, it has not really progressed.

Author and financial journalist Simon Watkins suggests that the pipeline project will allow Iran to increase its influence over Oman and the neighboring countries of Pakistan and Afghanistan. It will link these countries to regional power grids controlled by Iran through gas export deals, backed by the Chinese Communist Party (CCP) and Russia.

Watkins believes a deal the CCP struck with Iran in 2019 helped tighten its control over the Strait of Hormuz. The $400 billion deal allows the CCP to negotiate supplies of Iranian oil while simultaneously weakening US efforts against the country.

This agreement also allows the CCP’s investment to be used to develop Iran’s oil, gas and petrochemical industries. In the meantime, it financially supports the terminals of the ports of Chabahar and Jask, which allows Iran to export its energy without going through the Strait of Hormuz. It also helps Iran establish a nationwide network of thousands of surveillance cameras to consolidate its power.

Since President Trump ended the nuclear deal with Iran and reimposed sanctions in 2018, the CCP has been importing crude oil from Iran. According to an April report by tanker tracking specialist Vortexa Analytics, Iran exported more than 300 kbd (one thousand barrels per day) of crude/condensate directly to China during the sanctions period. About 200 kbd of this volume came from Malaysia, Oman or Iraq.

China is the largest buyer of Iranian crude oil, importing a total of 440 kbd from Iran since June 2015. Thirty percent of the volume was received when Iran was under US sanctions.

On May 18, Reuters published a report citing data from Vortexa Analytics indicating that China received nearly 2 million barrels of Iranian oil that week, with imports of a similar magnitude received earlier in December and January. .

On April 23, Chinese Defense Minister Wei Fenghe visited five “friendly countries” in South Asia, Central Asia and the Middle East, including Iran and Oman. He stressed the importance of these two Arab countries in the overall strategy of the CPC.

The CCP has not limited its search for opportunities to Iran in the Middle East. In 2018, when the finances of the Omani government had been weak for several years, the CCP initiated a partnership with the country and signed the Belt and Road Initiative MoU (p38) (pdf). In June 2020, Moody’s further downgraded Oman’s sovereign credit rating to Ba3 in speculative rating.

The largest Chinese project in Oman is the Duqm Port Special Economic Zone Industrial Park. It started in May 2016 with a total investment of $10.6 billion. The funds were used for crude oil smelting, natural gas chemical production, as well as solar PV projects and logistics (p50).

Oman’s Duqm is a major port of call for container ships, general cargo ships and bulk carriers. It is also an important crossroads for oil from the Middle East which enters Europe via the Red Sea and the Suez Canal.

To the south of the Arabian Peninsula is the “main sea route of the world” which stretches from the Gulf of Aden to the Red Sea and then to Europe via the Suez Canal. At the entrance to the peninsula, next to the Bab al-Mandab Strait, is Djibouti, where the CCP used its BRI to establish a military base in July 2017. The United States, France, Italy and Japan also have military bases in Oman. .

Yemen, across the Bab al-Mandab strait, has become a battleground for geopolitical disputes. The Iran-backed Houthis are still trying to take on Arab powers such as Saudi Arabia and the United Arab Emirates to take control of the southernmost part of the Yemen Strait.

Jennifer Bateman is a China-focused journalist.

How Small Businesses Can Benefit From Debt Consolidation

Five cycle routes around Worcester that you must try