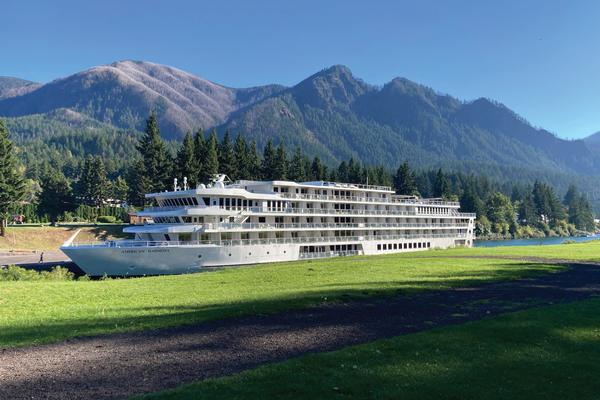 American Cruise Lines announced today that its 2022 Pacific Northwest river cruise season, sailing the Columbia and Snake Rivers, has officially begun. Last month, the company celebrated the start of the season by opening a new cruise pier in Kalama, Washington, which was built through a partnership with the Port of Kalama.

This year, four of American Cruise Lines’ riverboats will explore the Columbia and Snake Rivers between Hayden Island/Portland, Oregon and Clarkston, Washington; and the line plans to add a fifth ship to the region next year.

Sailing between Hayden Island/Portland, Oregon and Clarkston, Washington, a classic eight-day “Columbia & Snake Rivers” cruise and a longer 11-day “Northwest Pioneers” cruise; and a five-day “Highlights of the Columbia River” cruise that sails round-trip from Portland.

The cruise line’s immersive experience aboard a small ship and carefully curated itineraries entice many guests to explore the majestic Pacific Northwest each year; as do its comprehensive pre- and post-cruise packages, which include hotel stays and exciting adventures on land and water, with everything from jet boat rides to in-flight tours.

For 2022, the cruise line launched its new “National Parks Post-Cruise Packages,” available on select Columbia and Snake Rivers cruises that land in Clarkston, Washington. These three- or seven-night guided exploration packages through some of America’s most magnificent national parks, namely Glacier, Yellowstone and Grand Teton.

Of course, throughout the immersive river cruises themselves, guests are constantly treated to breathtaking views of the region’s extraordinarily diverse landscapes, which range from forested mountains to flowering meadows and desert canyons. All American Cruise Lines voyages offer exceptional shore excursions, led by experts and local guides in small groups, every day.