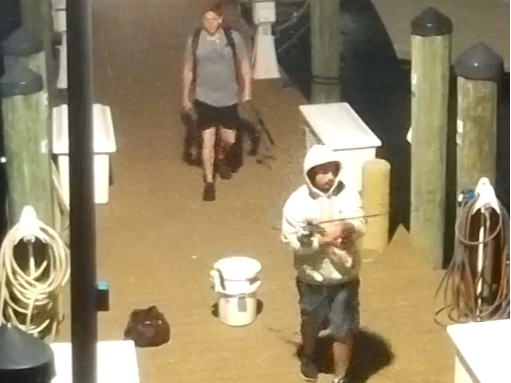 $ 25,000 worth of premium fishing gear stolen from boats: police

SARASOTA, FL – Police are asking the public for help in identifying five people who have been seen stealing high-end fishing gear from boats in the 1100 block of John Ringling Boulevard.

The stolen equipment was removed from at least three boats between 7 p.m. on October 23 and 8 a.m. on October 24, Sarasota police said in a press release.

Anyone with information is urged to call SPD Civilian Investigator Jeffrey Birdwell at 941-263-6028 or leave an anonymous tip to Crime Stoppers by calling 941-366-TIPS (8477).

To request that your name be removed from an arrest report, submit these required elements at [email protected]